I compared the same period of time (April 13 to April 13) in the search console "clicks" with "sessions" in Google Analytics traffic acquisition for source / medium = "google / organic". As seen in the screenshots below, the numbers in GA are 25% HIGHER (not lower) than those in the Search Console. 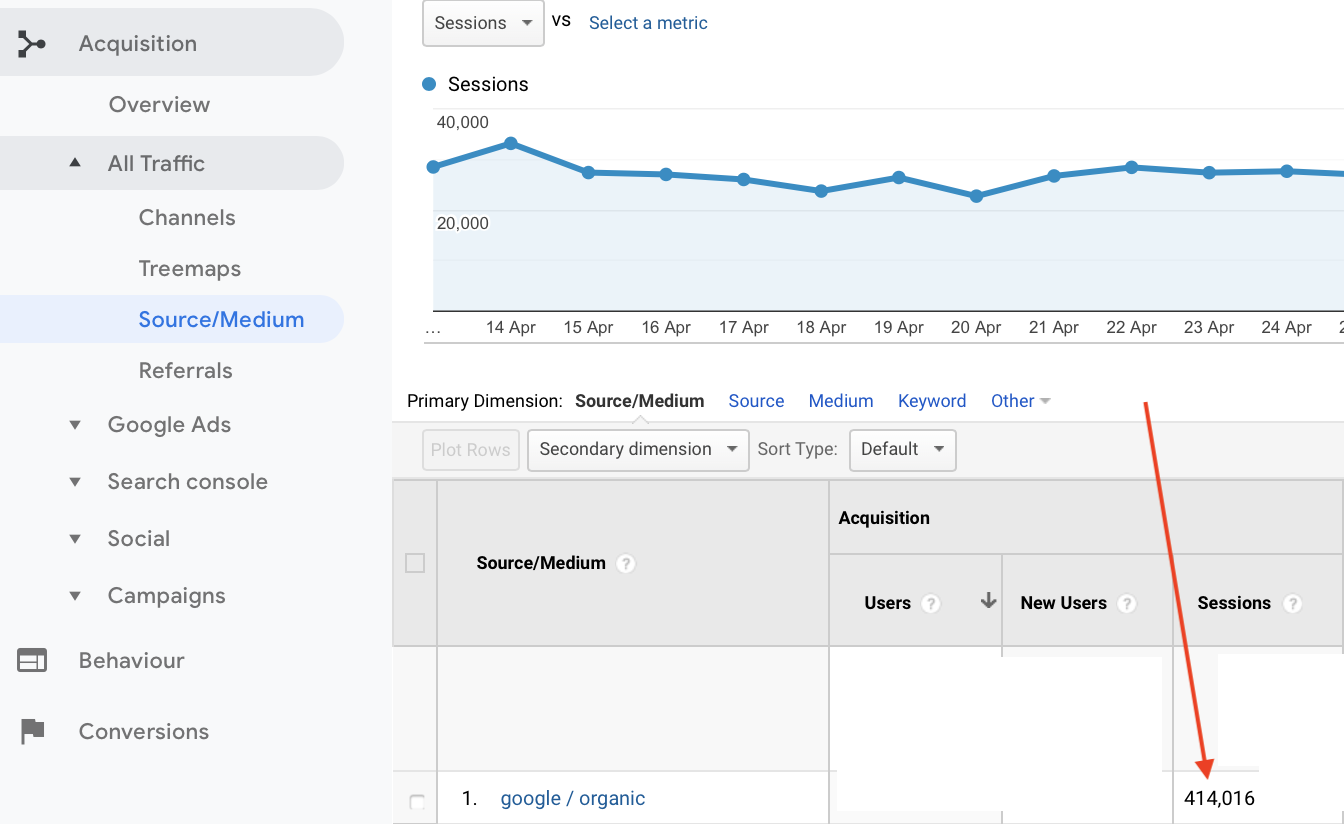 The domain runs HSTS, so all requests are HTTPS and must be counted in both places.