I am dropping bombs from a spaceship orbiting a planet. My camera is affixed to the ship.

My expectation is that the bomb instantiates at the camera, disassociates from its parent (the camera), turns to face the crosshair and then moves in that direction until it hits the planet.

But that’s not what happens.

For reasons unknown, the projectile travels due left of the camera. So I adjust my projectile to move transform.right instead of transform.forward. And this works – half of the time.

Here’s what it looks like on the West (working): 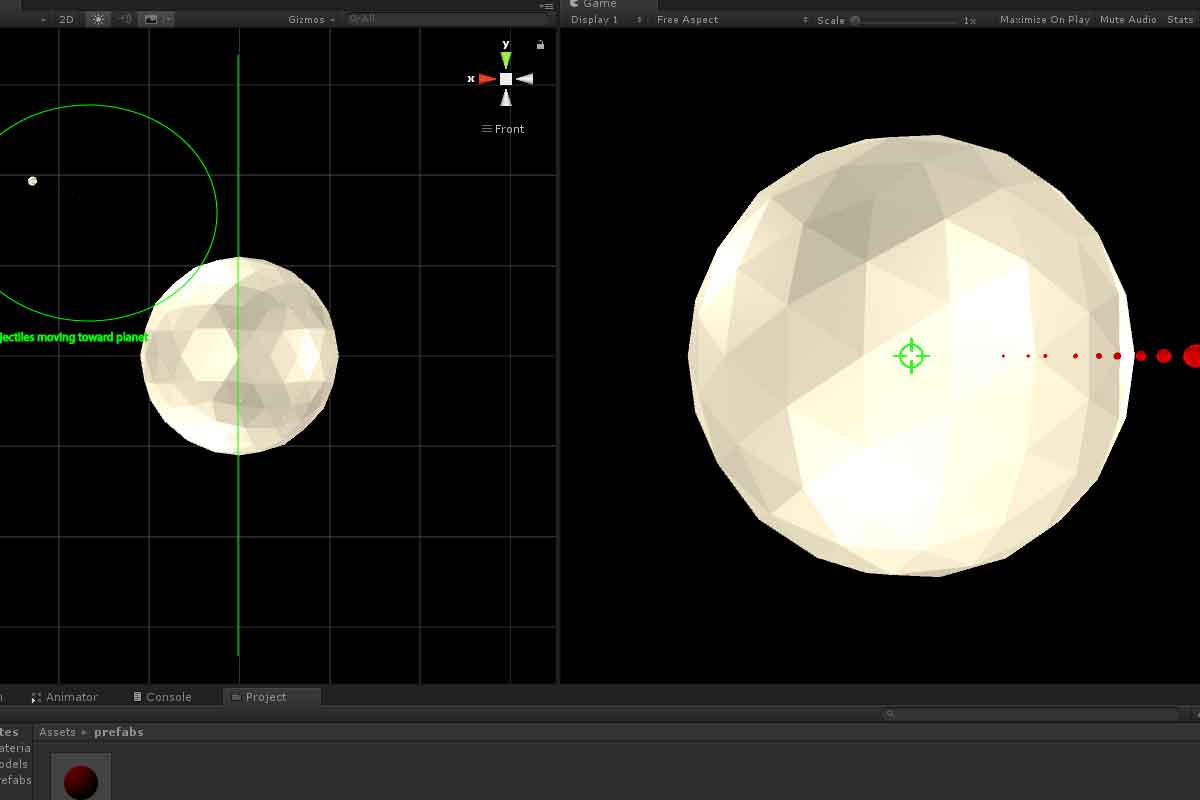 Here’s what it looks like on the East (not working): 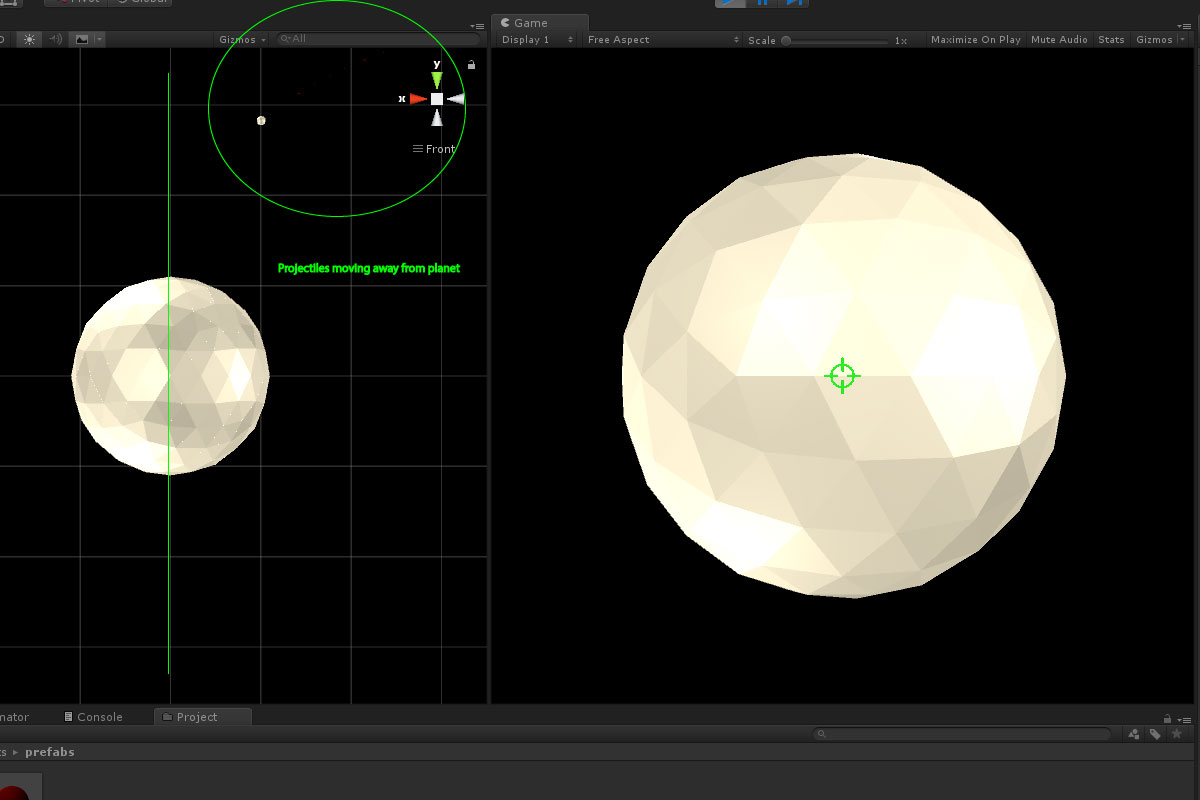 The projectiles are kind of small, but trust me, they’re there.