I really like the fog effect of Graveyard Keeper, but I can not figure out how to do it.

It's 2D, and done in Unity. All the characters seem to be underneath & # 39; of fog, but the tops of tall trees and buildings stand out. Does it look like this: 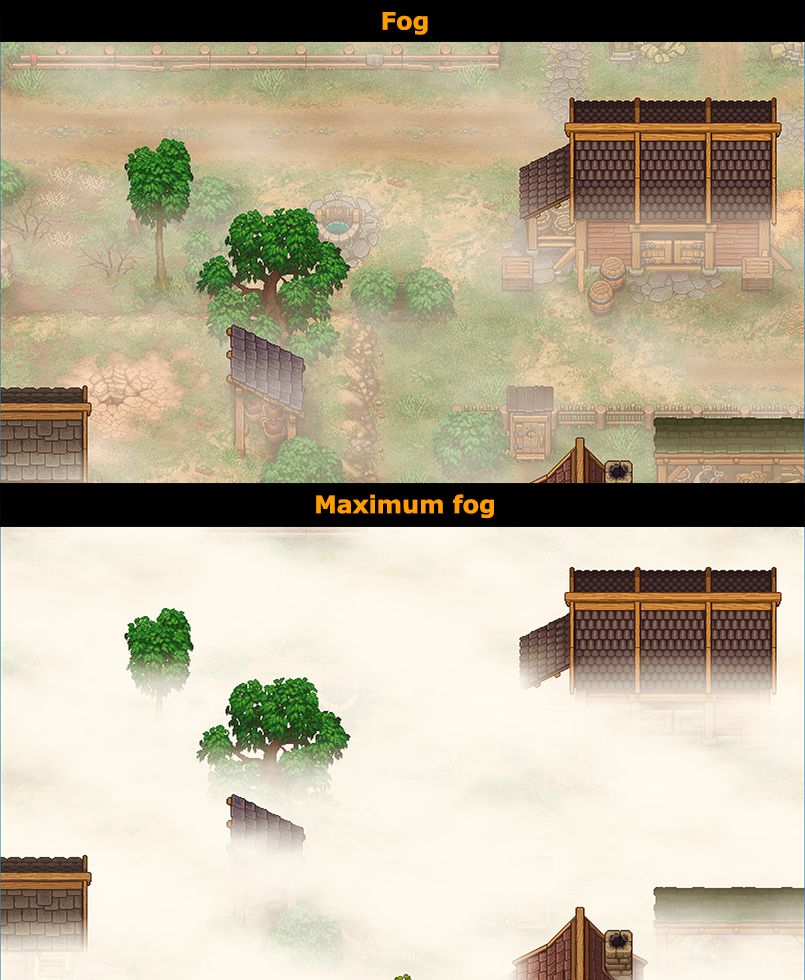 The developer has given some information about how it is done in Gamasutra:

"As you can see, the upper part of the houses and the trees are seen from the fog, in fact, this effect is really easy to do, the fog consists of a lot of horizontal clouds scattered throughout the image. The top of all the sprites is covered with a smaller amount of fog sprites: " 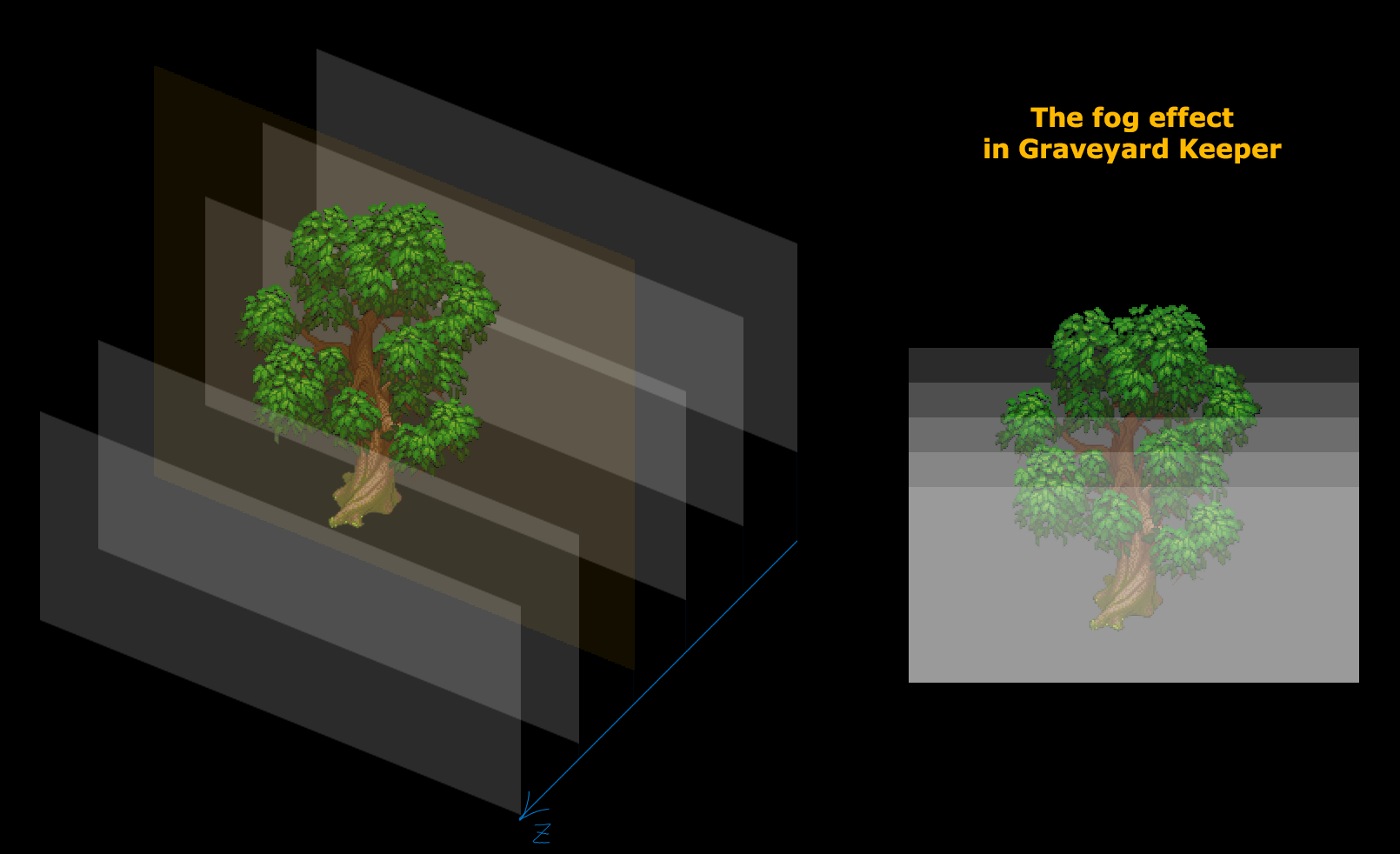 I used the information in this article, and One of the developer's tweets that included this photo.: 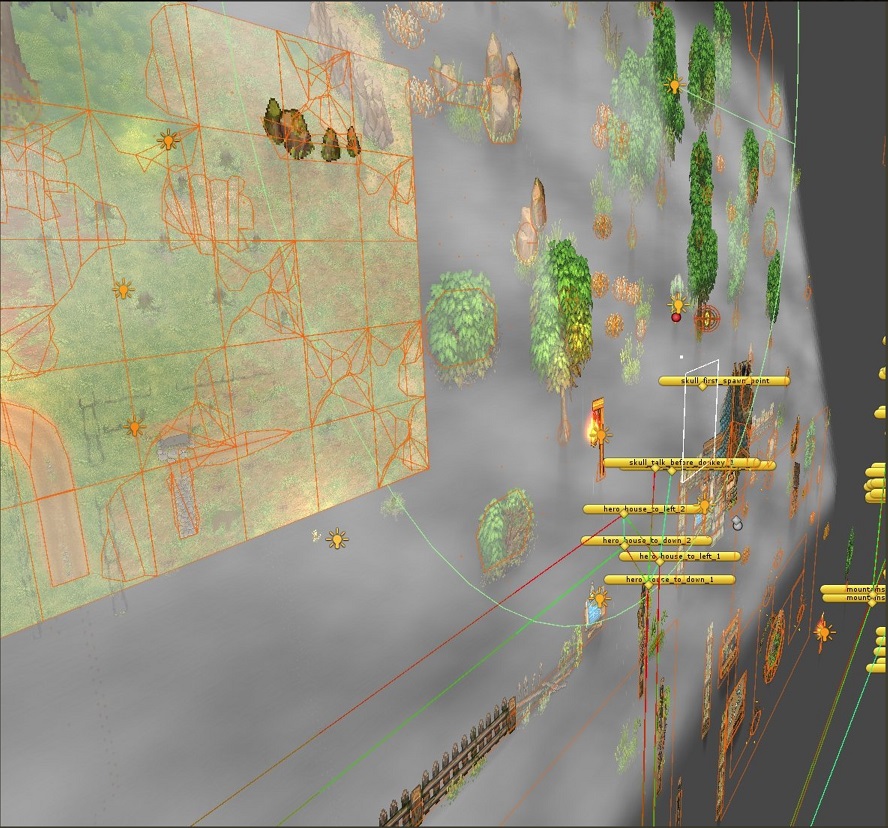 I tried to recreate this fog effect. When the character moves up or down on the screen, it flashes when crossing each fog sprite:

What have I missed?

All sprites are in the default classification layer and have sort order 0.

The project, in Graphics Settings -> Camera Settings has the custom axis and the classification axis (0,1,0). The tree and character are in the same z position, and the fog extends over several z positions: