This works well on archive.php but not working on the homepage. For some reason the first statement doesn’t get applied: if a post is in Members category and user is not logged in, it’s supposed to show a default placeholder image, but instead it’s still showing the actual post thumbnail.

I would like to collect your opinions on a component within a dashboard.

In this project, invitations are sent to users in different ways to invite them to vote. They can accept to come or not. And give a mandate to someone else to vote in their name.

This list should give a snapshot of who received the invitation and who will come. But the admins should also be able to act and change the status manually.

The stakeholders imagined checkboxes in their description. This did not seem to us as the best approach: risk of error, lack of status. We propose alternatives.

What do you think? Is it difficult to understand or not? Do you have any comments, other more relevant approaches?

A usual thank you very much for your feedbacks, very appreciated :] 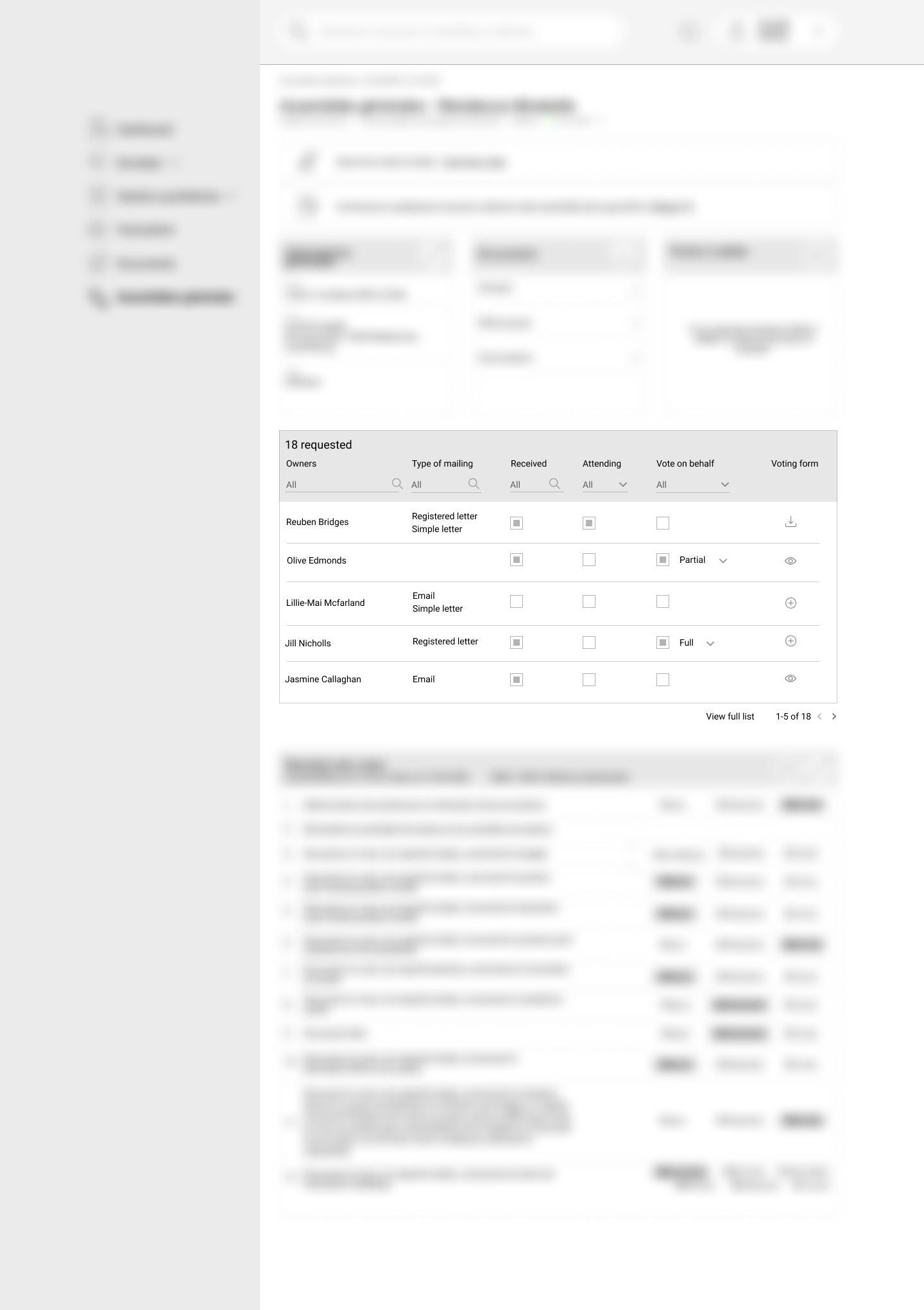 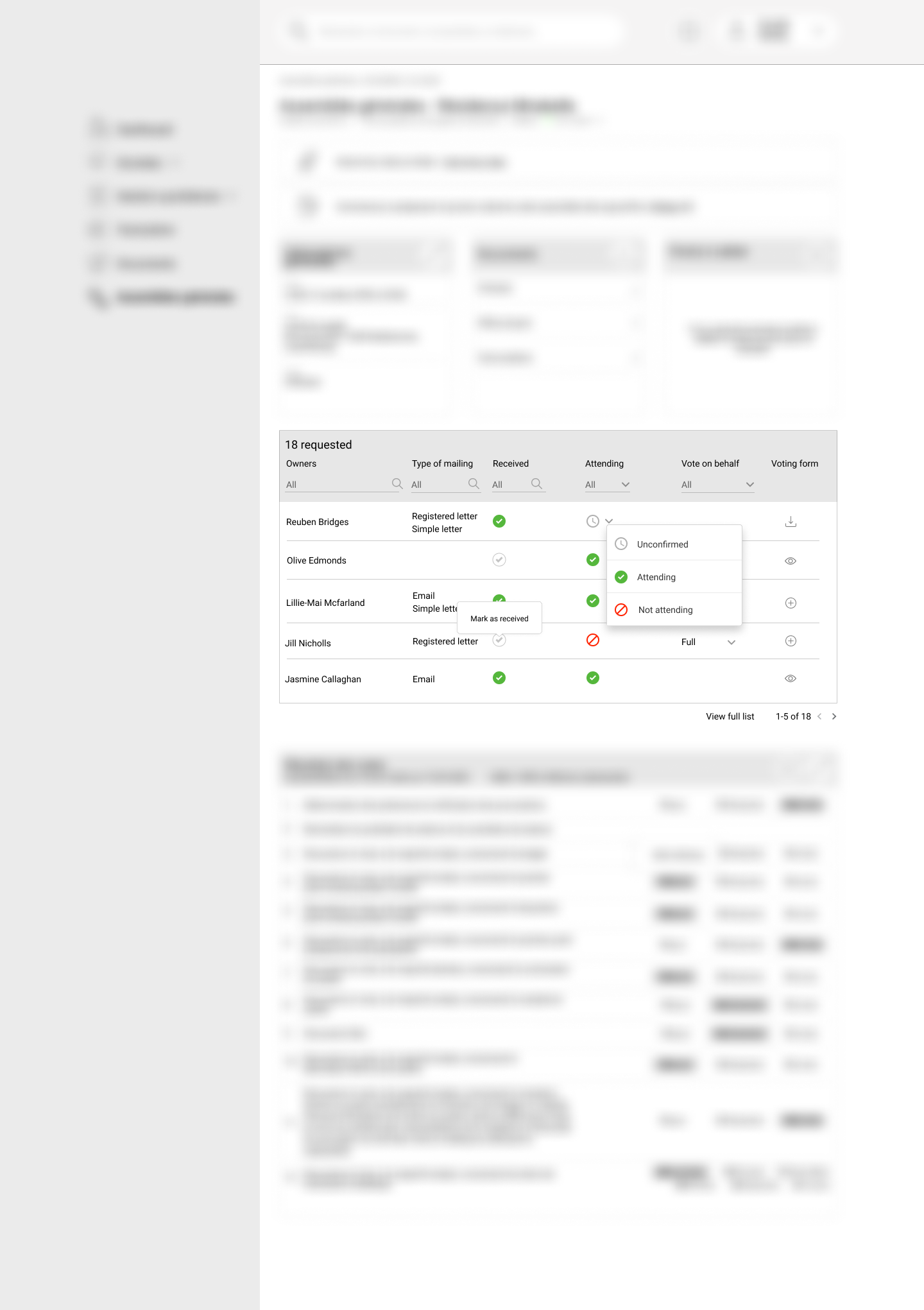 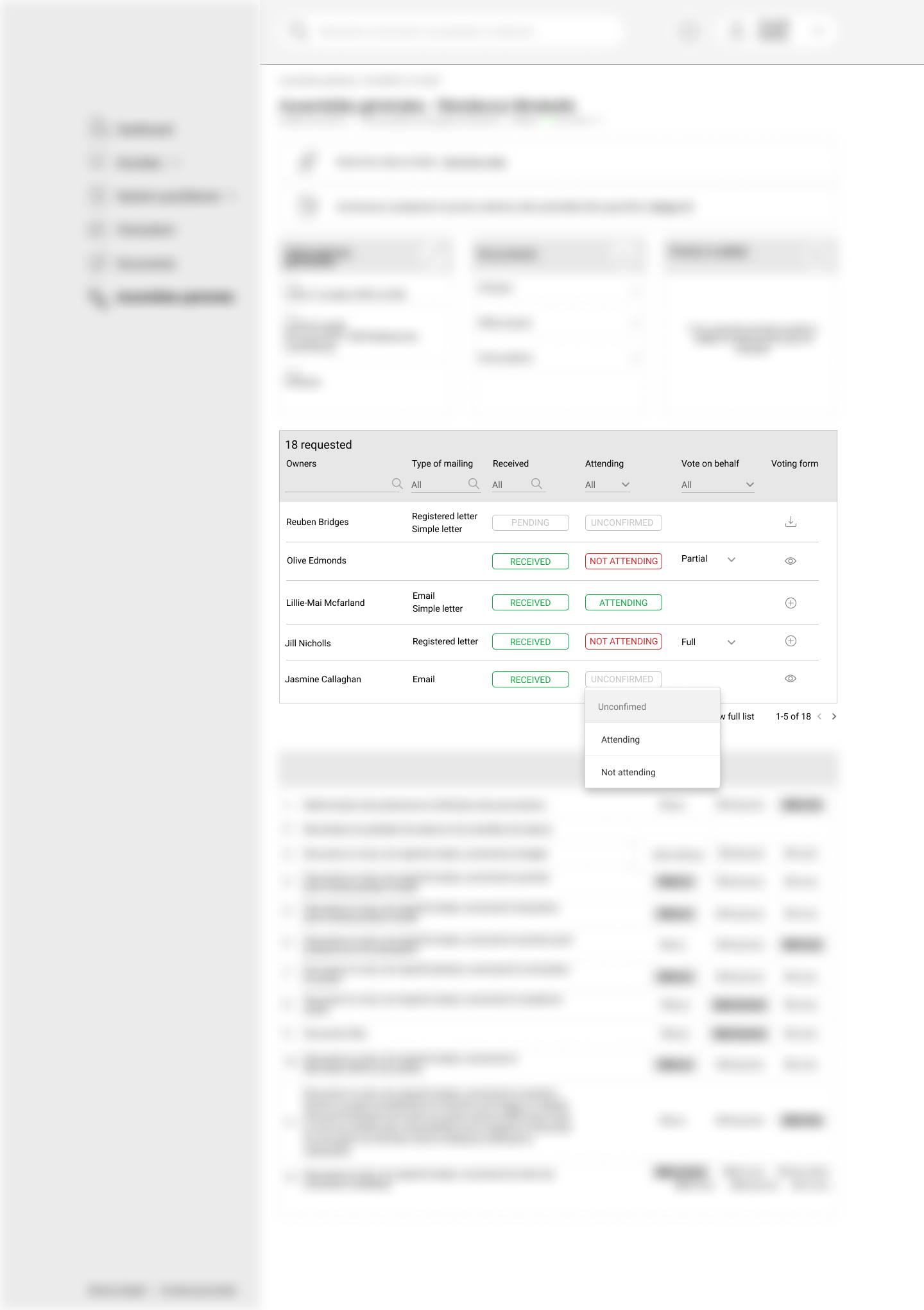 I followed the exact steps from AWS course Break a Monolith Application into Microservices.
The test case run normally even with a port 80 unhealthy status.

Then I tried to configure a domain name in this test case.

First I test only with port 80, and test case run normally (still, port 80 is unhealthy status, why?)

Then I want to try 443 port. So I requested a certificate on ACM (Amazon Certificate Manager) for my domain.

The modifications I did for test HTTPS as follows:

I noticed the newly created service is in a repeat “Running-Stop-Pending” state. But have no idea why this happens.

I want to create site workflow to send a reminder email to created by(emails) when Item created is more than 30 days and choice field called "Status" is "open".

Fellow Indian and also foreign brothers and sister,
I am looking for some legit answers regarding crypto mining in India. I have read that the Indian government has banned or restricted the imports of ASIC miners. I am going to check the specifics with the DGFT, India. India is also on the verge of closing all the gates to cryptocurrency, call it insecurity or motive to run commercially established banks with crores of investment.
I am highly motivated to start crypto mining but these legalities are causing some hiccups in the process.
I don’t want to break any law of the land called India but still work with cryptocurrency like Bitcoin,Erethreum, Dogecoin, Monero,etc.
Your input will be highly appreciated. I anticipate a good amount of advises from both fellow Indian and foreign miners alike.

This question was migrated from Super User because it can be answered on Android Enthusiasts Stack Exchange.
Migrated 1 hour ago.

What do I need to implement or correct so these two options will work as well?

I have an Indian citizenship and I’m working in the US on a H1B visa. I’ve always wanted to experience the football culture in the Europe as a local. Is it possible to temporarily work in or from Europe for 6-12 months and then return to US to continue previous employment on the same H1B visa?

Or what other alternatives do I have in case I wanted to leave US for a larger than short period and return for work?

Webmasters Stack Exchange is a question and answer site for pro webmasters. It only takes a minute to sign up.


Want to improve this question? Update the question so it’s on-topic for Webmasters Stack Exchange.

I’d appreciate it if someone could provide confirmation or correction on what I found on the support/deprecation status of browser plug-ins that are enabled by NPAPI or PPAPI. Please provide feedback on each of the following:

Felipe1979 is a new contributor to this site. Take care in asking for clarification, commenting, and answering.
Check out our Code of Conduct.


(We actually play with some other rules, but I think it does not matter here)

before shooting/slashing or so I offer some approximation of probability (based on the character knowledge and stats) if it is not totally obvious from previous gameplay:

I usually describe every blow in common terms, both from character view and for vissible effects, so it could be took as a lead, how strong the opponent is and how much damage he took.

Hit, but obviously no damage done:

Hit and some damage done:

My point is, that I do describe a lot of colors, but do not name exact status, so I do not have to manage its result (like which eye is missing, can he hear with one or none ears, where which would was placed, is he more vulnerable from left or right …), only how much HP he lost and so how much damage should I describe if he survives long enough to meet group again (or if the group searches his dead body after fight)

I use it in both case, when I do some rolls for characters (so players would not know, how successful characters really was, just how this visually affected the enemy) or if players do all rolls and just state the numerical results to me. I do not like to tell them exact numbers, as it makes game much slower and more bean-counting, combo mastering and less interesting.

“But how much HP he has left”

“Your character can ask him”

“Ok, roll your perception … wow, good result! So you character thinks, that the enemy is really bad hurt and you probably win soon”

(It allows me also little cheat and make it more interesting – and I cheat more for players, that against them, so they take it usually good and tries more colorfull action, as I usually give them better chance to succeed than with exactly counted but boring plans. And if they play well, then it does not end with them dying and enemy surviving with 1 HP, even if rolls would say so, but they spectacullary win instead and found lot of healing potions in treasure or meet good fairy or something like that – which would not be possible without cheating on GM side and with all numbers on table. Yes, it is Hollywood and two horses can crash to make big fireball with The Hero running just in time away)

Also if there is some sentient enemy, who tries to cheat them, I do not like them to roll against it – they can stte their bonuses and such, but I do the rool for them, to avoid situation like:

“I failed the roll, the prisoner tells me, that he was send by our king, and my character is trusting him, so it must be a lie and he is enemy. I will kill him anyway.”

“I made a good roll, the prisoner tells me, that he was send by our king, and my character is trusting him, so it must be a truth, so I will protect him, even when local baron says, that the prisoner is enemy spy”

Instead I do the roll and tell them, what their characters think.

“Your character trust him, that your king send him. The baron states that he is enemy spy, but I can not trust him, as it is apparently lie”

(regardless which version is true – but usually both prisoner and baron have their own agenda too and nobody tells (or even knows) total truth or total lies, just their version of more/less colored and spiced reality).

So my players are used to vague descriptions in favor of good story.