We hava a mixture of CentOS, RedHat, Debian and Ubuntu servers all over the place. I am trying to install generic packages that have the same name for all Distros. The package module seems to work only on CentOS / Redhat boxes, but on Debian boxes it keeps on installing the package. After the script completes the packages are not installed. Rerun the script and same thing. I am running Ansible on the latest Mac OS and the version is 2.9.11

What am I missing to get this to work on Debian systems?

I know that as a workaround I can use when: ansible_distribution and determine what version I am running, but that means I have to make the script longer and type the packages twice.

I understand that for most package managers (pip, brew, TeX tlmgr, etc) packages are typically not audited, so there are some inherent security risks in using these package managers. Sometimes the package repositories aren’t trustworthy either.

Would it be a better practice to install all packages with the --user flag? This is in the context of a user who does not normally have root privileges.

For example the cmake in my repository appears as 3.5 but my professor’s appears as 3.16 which I need to run doxygen. How can I get this new version in my old ubuntu?

Encountered the next error while trying to pip install matplotlib
Don’t know what to do, it managed to install small packages as tqdm or requests, but failed at something like pandas, torch, numpy, etc.Screenshot of the error

Zeligz HYIP comes with HYIP combo packages to create and manage the HYIP website. In this combo, you can get all things that you required for your HYIP business. In their Best HYIP Script, you will get every functionality at an affordable cost. To get the details visit Zeligz Web Store.

Hello
i got a VPS which i made some few reseller cpanel packages… i had a difficult time setting it up with WHMCS…
I somehow got it w… | Read the rest of https://www.webhostingtalk.com/showthread.php?t=1824302&goto=newpost

I had to make a change in the existing Universal Rendering Pipeline’s ShadowCaster2D.cs to suit my needs. But every time I reload the project, the file gets reset. How do I prevent this?

The file that I need to keep is found in the following path:

OSXFuse and Veracrypt were working until I reinstalled Mojave 10.14.6

When I try to reinstall OFXFuse (including option for compatibility layer for legacy MacFUSE file systems) it hangs near the end of the “validation of packages”: 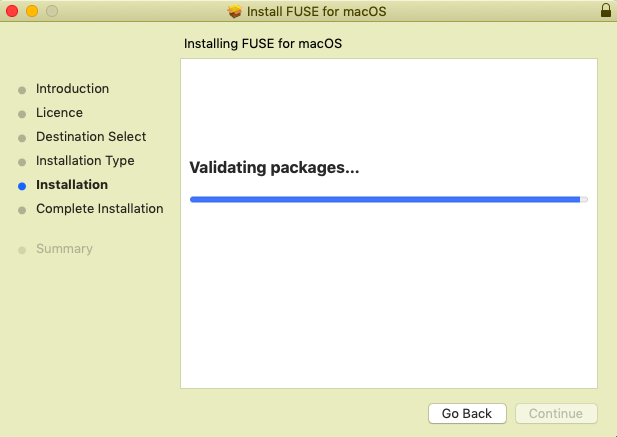 It installs without that option, but on mounting a volume in Veracrypt, I then get the same error I had after reinstalling Mojave, which is why I want to reinstall OFXFuse:

Can someone please explain how to avoid OSXFuse installation hanging at “validation of packages”?

I tried to install npm package but it still gave the same output :
check here the screenshot

I even try this solution : npm can't be installed
but still the same error occured !

A bit of background:

I’ve been using Webpack with babel-loader for a while and overall the experience has been hugely positive.

Yesterday, I published an npm package of my own (to a private registry), and installed it into my “main” project that uses Webpack.

What I was surprised to find was that when I built the main project with Webpack, the code from my npm package was not transpiled into ES5 syntax, but retained all the ES6 syntax that was in it.

It appears this is because my webpack.config has this exclude setting, which is strongly recommended by the babel-loader documentation and included in its examples:

This much makes perfect sense. What confuses me is that I have never encountered this situation before, across the hundreds of packages and dependencies I’ve consumed in my projects.

This makes me wonder if every one of those packages was transpiled to ES5 syntax before publishing to NPM. Up until now, I had assumed that people just published the code they had, and that Webpack+babel-loader took care of the necessary transpilation.

So my question is:

Is there some unwritten rule that NPM packages that have any possibility of being used in IE should be transpiled to ES5 syntax before npm publishing? Or is there something that I’m missing?