I upgraded an old (about 5 or 7 years) Fedora Server to 32 and now have a process being stopped problem – stopped by the OS. The only “application code” that is new is the java version (open-jdk), and that doesn’t matter to the java code. And, the hang is “restartable” if it was started from the command line (and maybe otherwise? If so I don’t know how yet) as it goes into a “Stopped” state (reported by ps as Tl) that can be un-done by foregrounding (more on that below).

So, something changed about the OS itself.

There are multiple ways to start the code that’s being stopped but I’ve been starting it via the command line as a matter of convenience, backgrounding it via &. However it’s started, it runs a Java-based daemon that looks for work to do and when it finds something, it launches a child process – also Java – which does some processing on its own, asynchronously.

If there’s a child launch, the child runs for a bit and then the whole process tree, starting from the command-line-started daemon on down is put in the “Stopped” state. And I probably can’t easily give it load enough to start multiple children before one of them stops the dispatching daemon because the system is so fast it gets to the stop point nearly instantly.

The child’s functions are broken into “Prelude” “Main”, “Epilogue”, and “Cleanup.” And, it reports what it’s doing so we know where it’s at. … It always gets to Main when it gets stopped, so I know for sure it’s running various sorts of setup before it gets to the stop – it’s not merely stopping when the child Java is launched. Both processes are put in the Tl state.

From the command-line, jobs shows the job as “Stopped”. You can then fg back to the daemon itself and it then prompts for password (I’ve NEVER seen this behavior before?!), and once forgrounded all stopped threads / processes are resumed and it runs to completion like nothing ever happened. I usually ^z and then bg to return to the previously backgrounded state…

On a lark, I tried NOT backgrounding and when it gets to the problem spot, I just get a prompt for password! … I haven’t ever seen anything like this behavior before on ANY system. This MUST be a strong clue.

Investigating the Tl state has yielded, so far, absolutely nothing, though the T state is reasonably documented, though other than the fg trick, I don’t yet know how to restart such a stopped job. (A method to restart such a stopped process tree without having to enter a password would be a good temporary workaround!) Nor have I yet had time to learn what all puts something into the T state. But that’s my next focus, after I complete pursuing something I share below.

This is completely unacceptable behavior and I need to fix it ASAP.

I thought maybe this was modified behavior of the OOM killer, but it isn’t killing jobs?! But maybe, so I observed memory and there’s not a lot of actual memory free but there’s always plenty of virtual memory (swap space) available.

The only other quirk that might be playing a role is that while I upgraded the server to Fedora Server 32, if I’m not supervising the boot at the console, it boots into 31 instead – VERY frustrating and I’ve already tried fruitlessly to fix this. It appears to be an old bug in grub as the system was “upgraded”. However, it’s presently running as 31 – it’s a server and restarting in person at the console is painful! – could this be the cause?! I’m guessing this is not the cause, but I don’t know.

I turned selinux off, just to be sure that wasn’t the cause, and it’s not (presuming the NSA stuff can actually be turned off).

Desperate for a solution ASAP, I’ve done what research I can and a web search suggested a Fedora 30 issue that was closed regarding EnableMultipleStreamsException. But this appears to NOT be the problem. … Still researching!

SOMETHING IN THE OS STOPPED THAT TREE OF PROCESSES!

And I have to turn that something off or go to another OS, however painful that is.

Anybody else seen this before, now what to do, etc?

I hope this question about Tits’s paper “Reductive groups over local fields” in Algebraic groups and discontinuous subgroups ends up having an easy answer, but I’m a little stuck on the morass of notation. I have a couple questions about this example that will probably help me greatly.

I am considering Example 1.15, where $L$ is a separable quadratic extension of $K$. We take the standard Hermitian form, define our split torus etc.

Question 1: Why are these “$K$-points”? My guess is that I should let the Galois group act on this set of matrices in some fashion and these root subgroups $U_{a_{ij}}(K)$ and $U_{2a_j}(K)$ should be pointwise fixed under this action: is this the correct idea?

This second one at least seems to make sense: these should be affine functions which describe how conjugation by an element of the affine Weyl group acts on a coweight, so I generally expect the answer for $alpha$ to be the vector part $a_i$ associated to the root and then a non-vector part associated to the valuation of $a$ for $u_i(a)$. But I do not see at all where we get $(1/2)omega(d)$ in the first of these formulas.

I’ve got more questions for the rest of this example but I think the answers to these three questions can help me find my footing.

I did try to proof this by contradiction(I guess it works). So I suppose this statement is false but I have confused about the meaning of it.

Is proof by contradiction a good method? and Could you help me how to do next from the statement that suppose to be false?

Thank you very much.

We say $S$ an optimal solution of LP. Can we say that each vertex, whose variable takes a value $>0$
in $S$, is a vertex of at least a minimum odd cycle transversal of $G$?

I was trying to make my platform move from Point A to Point B so that the player jumps on the platform. I’ve implemented the code(down below) and made all the necessary objects for it move. But, when I hit the Play button, the platform falls down and the original platform(of which I used a duplicate to make the moving platform) also disappears. Please have a look at these screenshots: 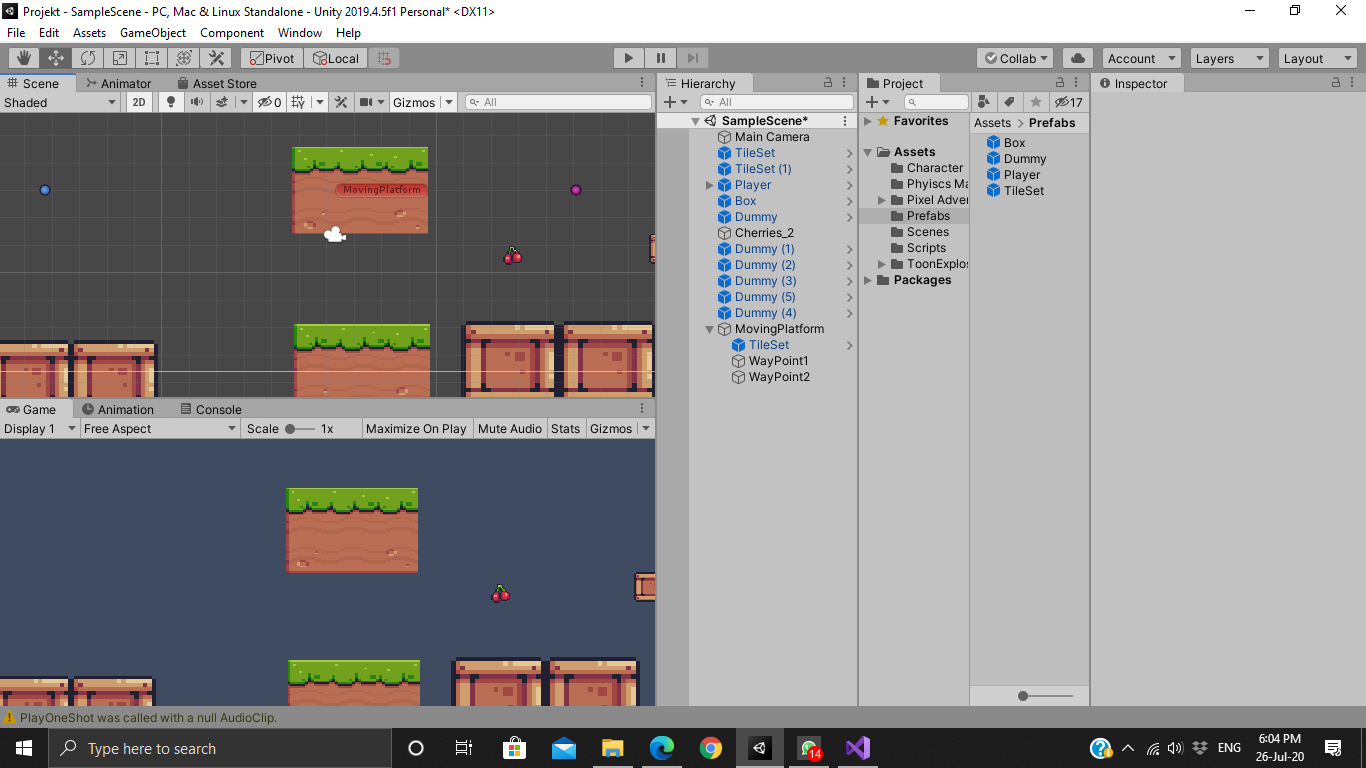 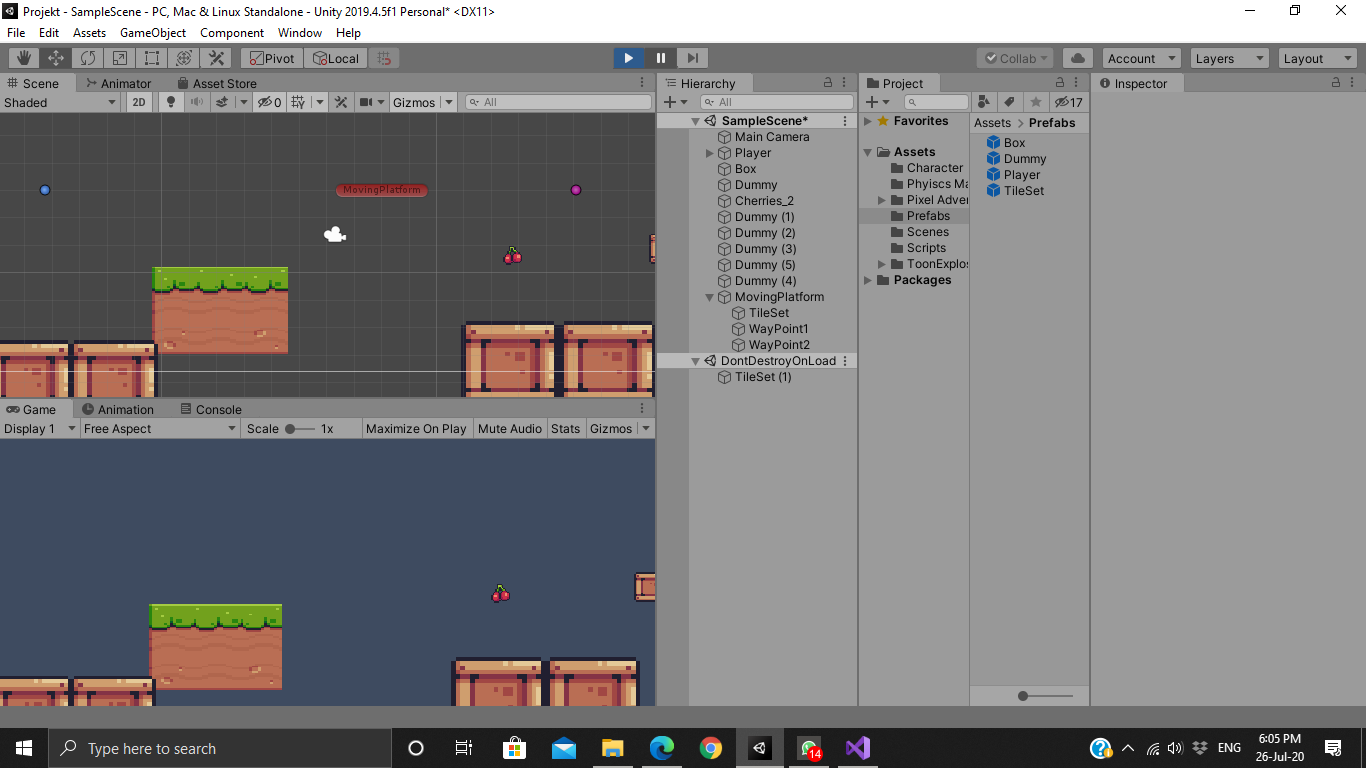 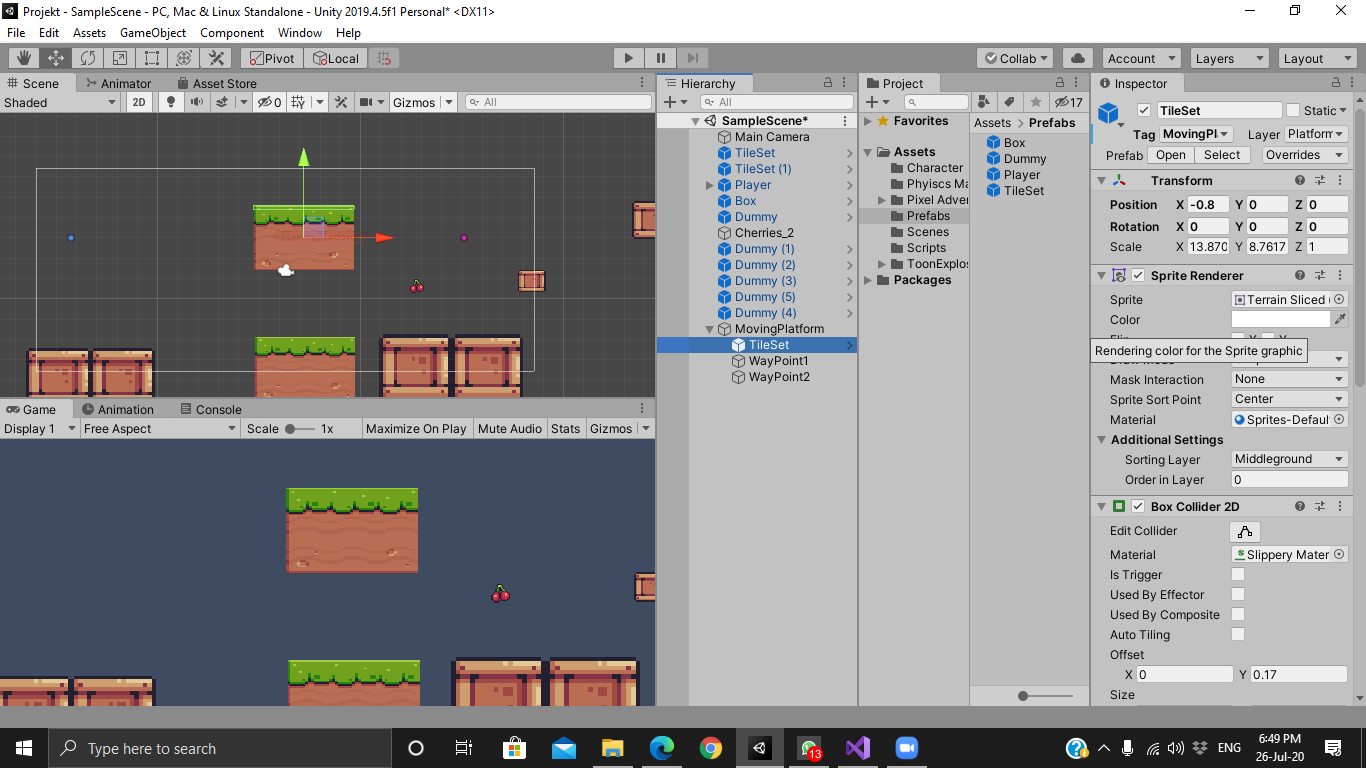 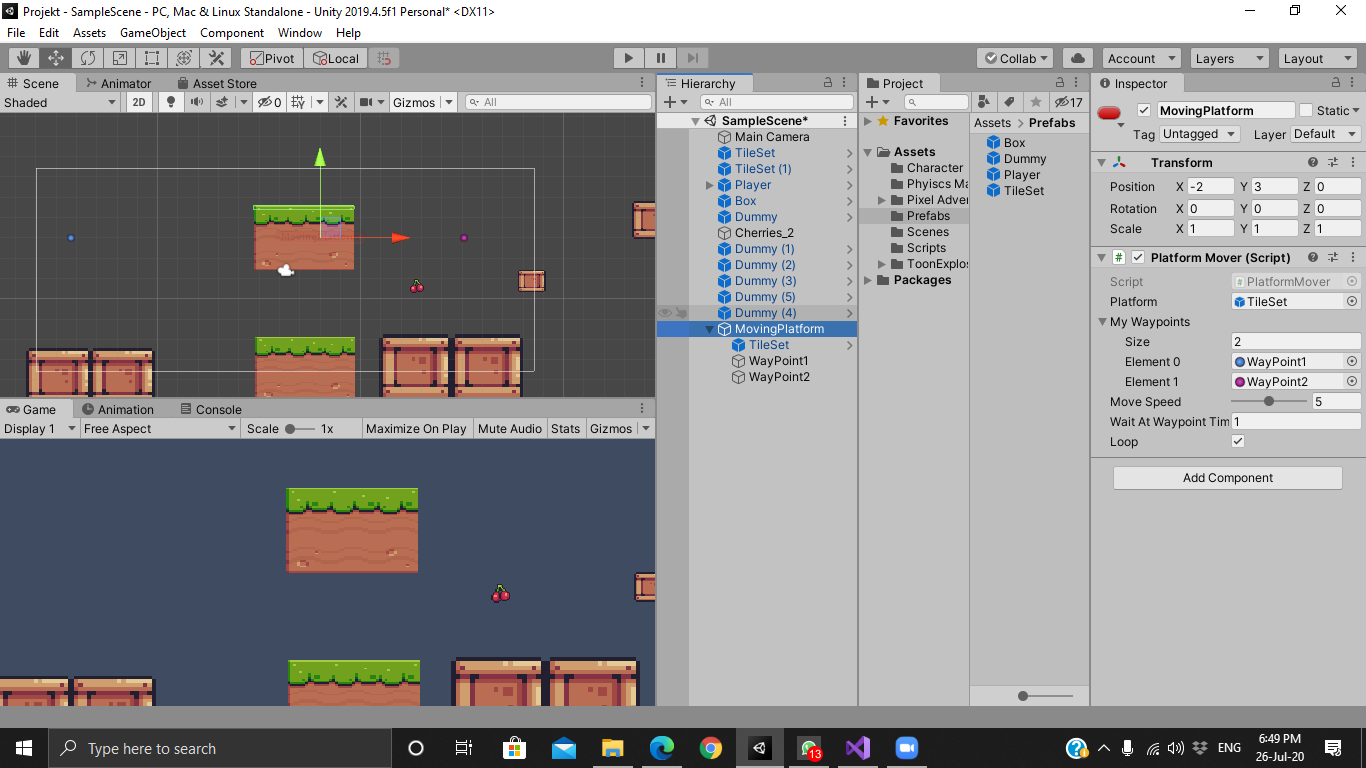 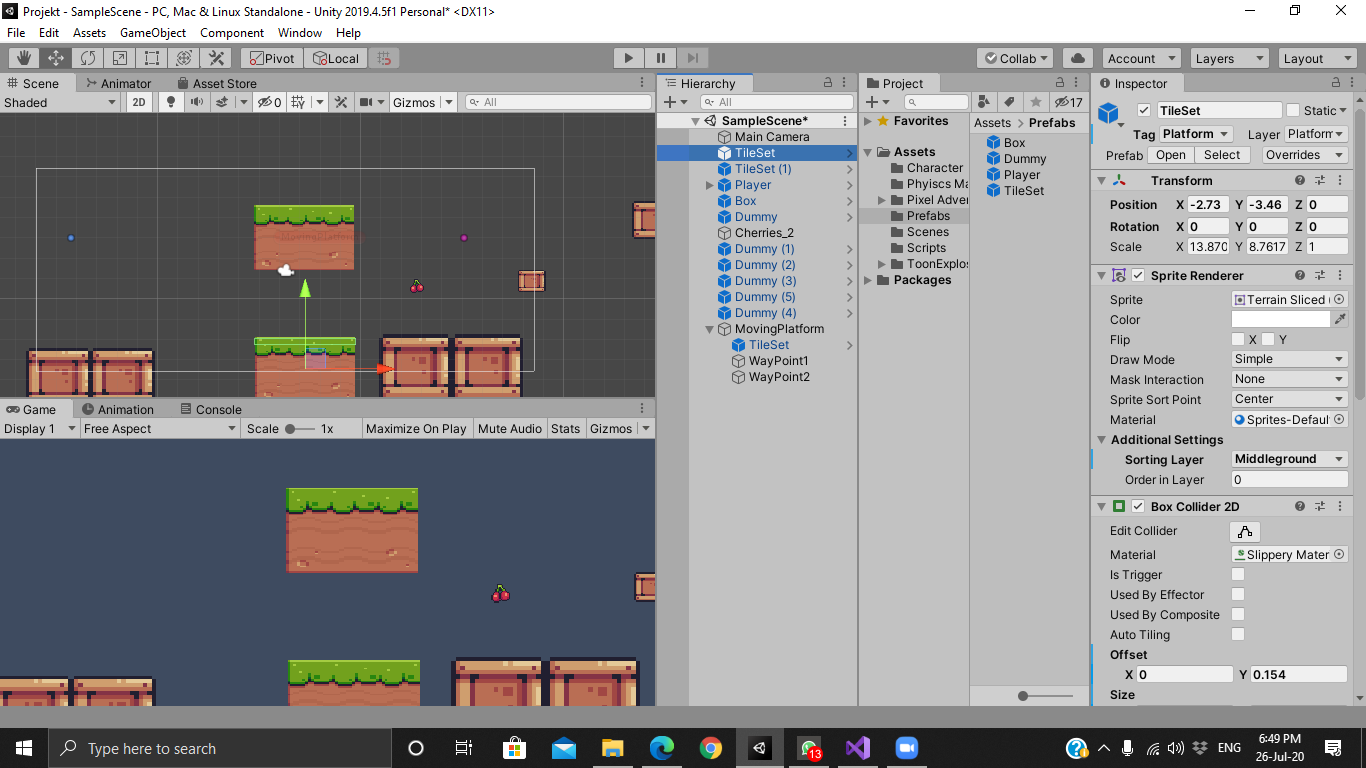 Spiritombs have the “Keystone Warp” capability, which says the following:

Spiritomb carries around with it an
Odd Keystone. Trainers may collect additional Odd
Keystones as they travel. They may then synchronize
them with a Spiritomb for the cost of 2 Tutor Points.
A Spiritomb may then freely teleport between any Odd
Keystones within 10 meters as a Standard Action.

Do these 2 tutor points need to be paid for each individual Odd Keystone? Or is this a total price that allows a trainer to synchronize any amount of Odd Keystones that they have managed to gather with their Spiritomb?

I’m very new to this whole deal with creating websites and wordpress and all, so if there’s anything basic knowledge I’ve missed, then I probably missed it. That saying;
I have a weird issue. I want to let visitors have the ability to leave comments on blogposts I do, but the field looks like this; https://imgur.com/Pz4DURA (I hope an imgur link is ok)

I’d like to have only the “leave a reply”, the text about email adress, the comment section itself, name/mail/website fields and the checkbox and the “post comment” button. I dont want that purple box with HTML-codes there – I dont even know where the heck it came from.

Does anyone know what I can do to get rid of it?

Prove or disprove the following proposition: If n^3 − 5 is an odd integer, then n is even.

I know that n must be even in order for n^3 – 5 to be odd which means I have to prove the statement.. possibly with a contradiction? I have been able to successfully start the proof but I am unsure of where to go from here. Any help would be greatly appreciated!

Where should I go from here? Thanks!

The question I had in an examination was to prove or disprove the following:

If all odd-order central moments of a distribution function are zero, the distribution
is symmetric.

I proved the statement but, the instructor cut the marks showing me the following counter-example: 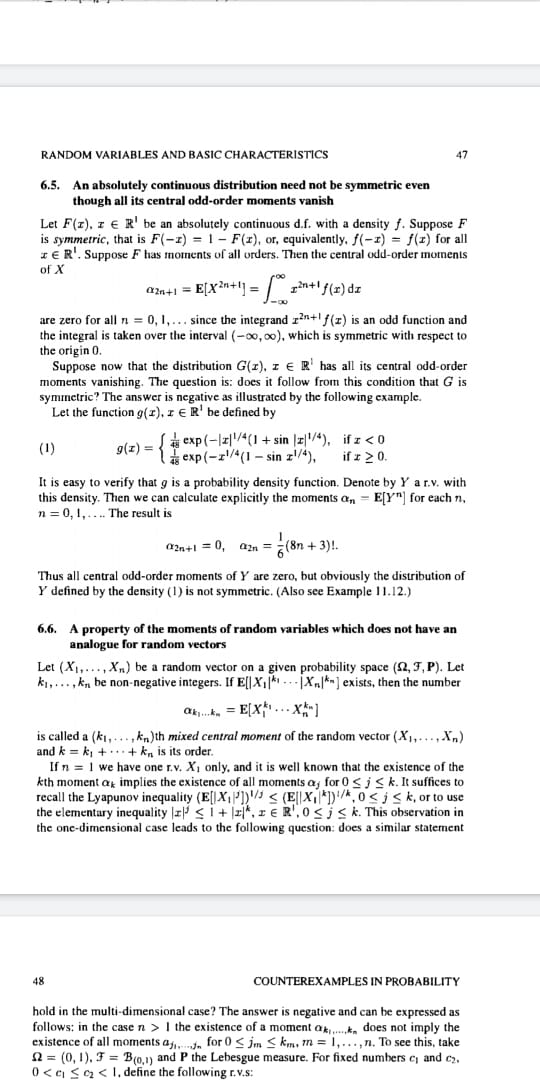 I understand the counter-example is valid but I can’t figure out what’s wrong with my proof given below. 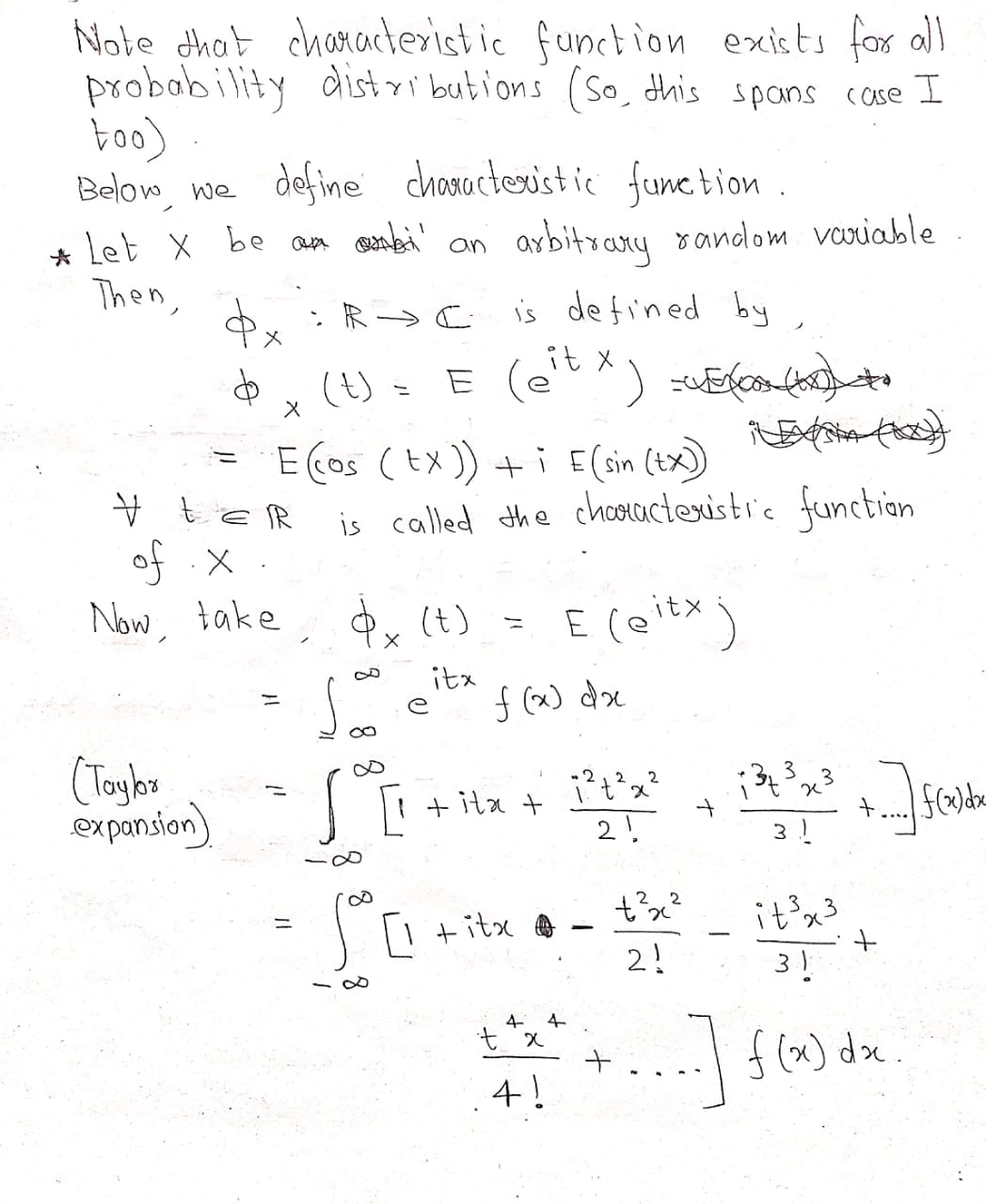 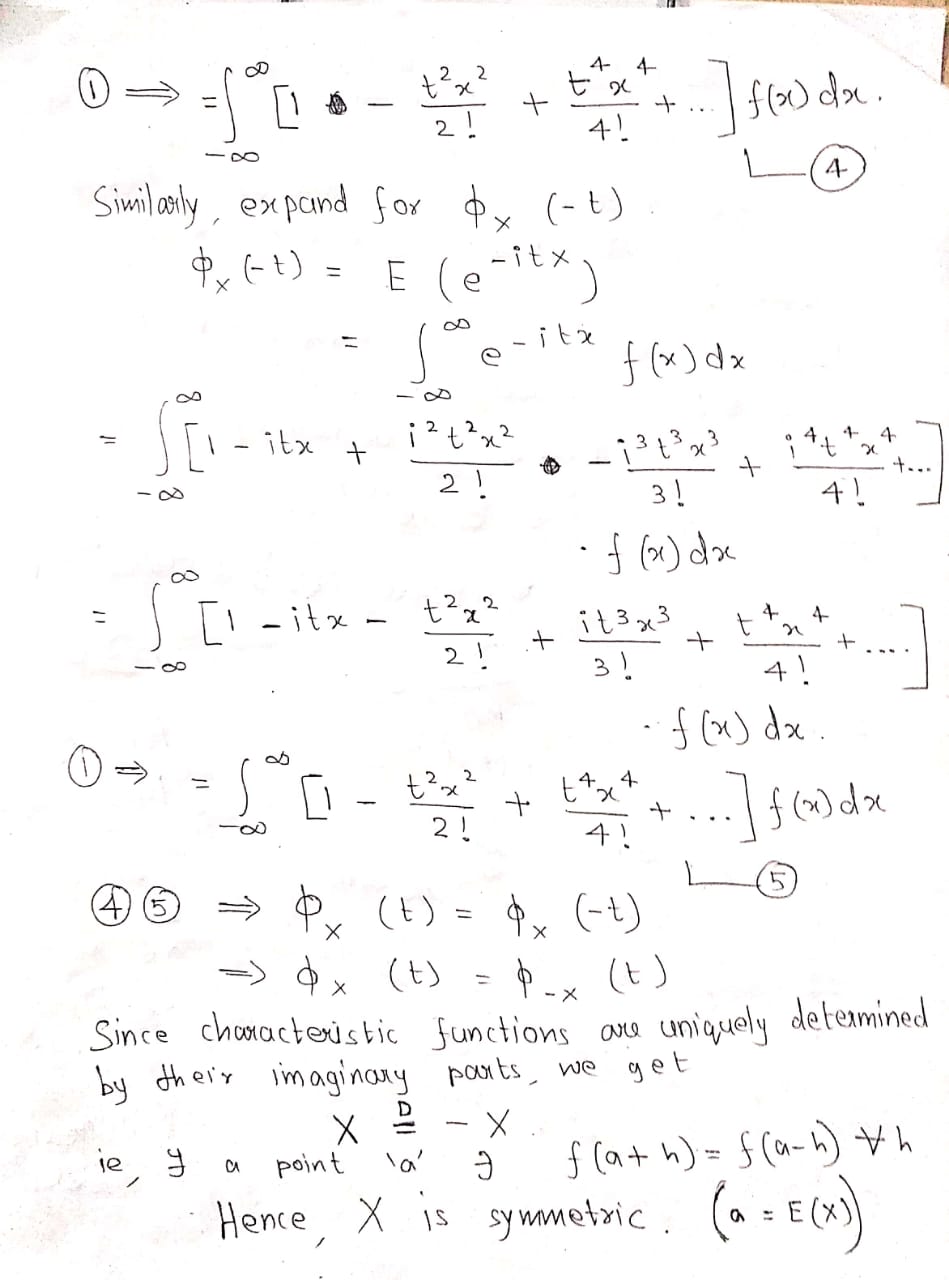 Note that equation 1 mentioned in the proof is the given condition that all order central moments are zero.
Please help..