I apologize in advance if this is the wrong thread category but we recently migrated a DB and our liquibase configuration is seemingly not recognizing that there is a new path so Liquibase seems to be creating duplicate keys in our DB and it fails and locks up our DB and services. I think this is due to Liquibase trying to rectify the old Changesets with old path and can’t adjust to having a changeset with new db path? Anyone have any issues with migrating DBs and dealing with Liquibase changeset configuration that doesn’t lock up DBs?

Every single time I try to log in to some account, be it Twitch or Mailgun or anything, using my correct passwords, they display a message saying that they “need to verify” that it’s really me and have sent a code to the e-mail address I used when registering years ago, long abandoned and inaccessible.

Why is having the right password no longer enough to authenticate oneself? It’s even in the name: “pass word”. You need the “word” to “pass”. That is what authenticates you.

If somebody enters my username and password, especially if it’s on the first try, it’s going to be me and nobody else.

I’ve lost access to so many important accounts this way. Never could I have anticipated that they would start doing this idiotic nonsense in the future (now the present). A password is a password. If you have the password, you are the right person. That’s what a password is.

Even beyond the frustration of never again being able to log in to my accounts, in spite of having the (strong) password I saved when registering and have kept ever since, this bothers me on a philosophical level as well. You can’t be sure of anything anymore, it seems. It’s never enough. There’s always some new hoop to jump through. As if they enjoy putting up these obstacles to frustrate their users…

I’m implementing a sync algorithm where multiple apps sync files with a data source. Syncing is already working and has been for several years so there’s no issue with this.

Now I want to implement a way to lock the data source, to tell clients that they shouldn’t write to it anymore. This will be used to upgrade the data source – i.e. upgrade its structure, move folders around, etc. which needs to be done when nothing else is syncing.

So I came up with the following algorithm, inspired by [SQLite 3 locking mechanism][1], but changed to take into account that it’s network based.

There are three types of locks, and a client request a lock by POSTing a file to the data source. The locks are:

For now, I’m not dealing with clients that post a lock then crash, there will be some logic to clean up. At this point, I just want to make sure that this system will only allow one client to acquire an EXCLUSIVE lock. Any ideas?

A ‘legal asylum seeker’ follows protocols clearly established by the U.S. government. The President ordered I.C.E. to lock up people illegally entering the country, often with very young children, (many of whom were not their own), after paying human traffickers, a.k.a. ‘coyotes’ to smuggle them across the border illegally. Those that survived the trip had marched those children more than 1,000 miles through jungles, deserts, ganglands and dangerous ghettos.

Try dragging someone else’s kid 1,000 miles on foot through urban Democrat controlled ghetto slums and then through deserts to California and explain to the cops that you are doing it for a ‘better life’ and see how fast you end up in a cage too, (and rightfully so).  Of course, if you survive at all, you will not be arrested until you get into Republican territory where people actually care about children, just like President Trump, who has several of his own.

The conditions they left behind in Central and South America are not nearly as dangerous as those faced during the journey and not much different than Democrat run ghettos here in the U.S. They feel right at home after they arrive there.

Once again ‘race’ has nothing to do with it. It is about Democrats looking for future voters and seekers of ‘entitlements’ in exchange for those votes. Many of their current constituents are dying from violence, drug abuse, alcoholism and sexual diseases and they need to be replaced. Like President Trump, I find the entire process sickening and perverse, especially the involvement and influencing of children. That is why we are addressing it.

1″He said to His disciples, “It is inevitable that stumbling blocks come, but woe to him through whom they come! 2″It would be better for him if a millstone were hung around his neck and he were thrown into the sea, than that he would cause one of these little ones to stumble.” (Luke 17:1-2).

You can go back to rioting,  burning down Starbucks and pissing on George Washington now.

When I execute update without a commit or rollback, SQL Server is locking my table and i can’t execute the command SELECT * FROM dbo.Teste_Nolock WHERE Nome = 'SQL Server' for example. How can i solve this kind of problem?

I had semi-bricked / soft-bricked my Motorola Moto G6 smartphone as explained here: https://forums.lenovo.com/t5/Moto-G6-Moto-G6-Plus-Moto-G6-Play/Need-help-unbricking-a-Moto-G6-XT1925-13-and-restoring-stock-OS/m-p/5013164

When I boot into the OS, in the Setting > … > Developer Options, “OEM unlocking” is already unchecked, as “Bootloader is already unlocked”.

In its current state, I cannot upgrade the OS. It’s currently at: Android 9.

When trying to check for upgrades, it says:

Here is what the bootloader displays (I’ve hidden only the serial number):

I now have my phone(Xiaomi Redmi 4), but it’s locked from Google’s “find my device”. Everyone keeps talking about a password option in find my device, but nothing like that exists! How do I unlock my phone without erasing the data. Here’s all I see on googles find my device: 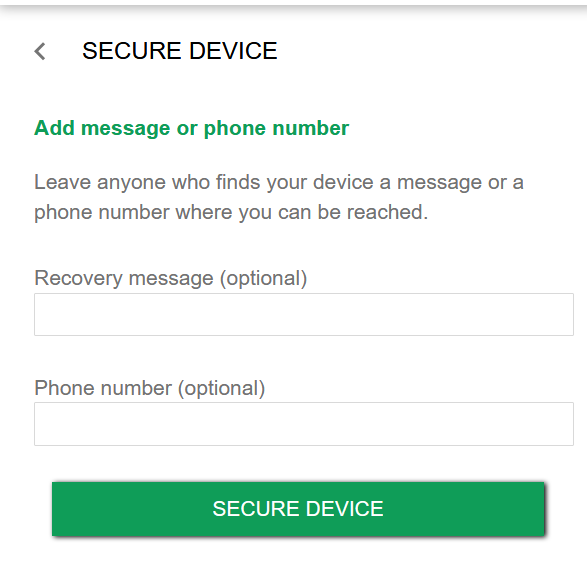 I am running ubuntu 20.04 server as a guest inside virtualbox on a macos Catalina 10.15.5 host. I am trying to share a folder on the mac into the guest machine as an nfs share. I have successfully mounted the share by using the following on the macos host

in /etc/exports on the host:

in /etc/fstab on the guest:

I’ve been reading lots about failures in lockd or statd, but I’m running into my limits on knowing how to debug those services directly. One thing I was reading about ubuntu and installing nfs-common in particular is that it didn’t necessarily enable the rpc-statd service, so I did that:

But the problem persists. Like I said I am starting to even struggle with how to debug or what to debug next. I have a gut feeling that the problem probably lies on the host side, but I would love advice for what to try next

I understand that both algorithms are very different, but what I don’t understand is whether they achieve the same thing in the end. 2PC is for atomic commits and 2PL is for serializable isolation. But don’t they both achieve the two things? don’t these goals imply each other in the end?

All the explanations I find seem to indicate that, without special hints – which is the case in our software -, shared locks are only acquired for keys, with IS locks at page and object level (and, yes, an S lock on the database).

Lock escalation of S row (key) locks escalates to the table (object) level, so no S page locks can result from this, if I’m correct here.

And foreign key constraint checking also gets (transaction-wide) S locks on keys, if I understand it correctly (see my other question for this).

However, we see lots of S (not IS) page locks in a simple ETL process (doing simple UPDATEs/INSERTs and some DELETEs from a connected server) – where could they come from?