I am relatively new to Shopify, so maybe there is something I am not getting with the backend/crawlability but here goes. In my years of doing web copy and being conscious of on-page SEO, I haven’t ever seen anything like this.
I am a copywriter and was brought on to redo/optimize the content for a site that whose original content was in French and that was using a plug-in to translate it to English.
The site has 400+ pages of completely new English content, URLs, alt text and a new theme all brought online at the same time.

Key points from before the change:

Key points after the change:

Here’s the kicker: There has been LITTLE TO NO POSITIVE CHANGE for English keyword rankings in Google after the change. They haven’t gotten worse, but they haven’t gotten perceptively better, either.
How is this possible?

I have written a Drupal Console command that creates a huge batch of HTML snippets. This is done by rendering a view programmatically (as in this StackExchange answer)

Now I have to create these snippets in several languages.

If I call the view in my browser I can easily chose the language with the respective path prefix:

This does not work

If I try to render the very same view from a Drupal Console command I am not able to set the target language. The rendered HTML is always in the default language.

At first I thought passing the langcode in the view() method should suffice:

But this did not work either. So it tried:

But I did not succeed. I even tried using a custom LanguageNegotiator, but I ran into a fatal error due to the fact that the service ‘language_manager’ does not implement the ConfigurableLanguageManagerInterface, so it is missing the setNegotiator() and getNegotiator() methods.

Once again I am totally stuck and I don’t know what I am missing (most likely just a tiny bit). How in the world is it possible to change the language of my rendered HTML???

I have to admit I am quite desperate atm. I even tried everything I ruled out above again. Guess what, it still does not work. Any ideas? I am so shure that I am missing only a tiny piece. But I don’t have any idea where to search for 🙁

Obviously the console command is not aware of (parts of) the context, even if I set the language. Just to get it done I am considering putting together a request object which I would then have been handled by the kernel. If this should turn out to be too complicated I could still curl the respective pages, but I have a feeling that there should be another way of doing this.

First of all there there has to be a translation (even if the node data is in no way language specific). If you want the complete context you have to use the Kernel’s handle method with a sub request.

I have a problem redirecting to a post in a different language. I use the Translatepress plugin and when I click on the link of the video or category, etc … it stays on the same page, I think it’s a loop, I give to go to the post and the page is loaded where it was. I have disabled all the plugins, reinstalled the theme, install the website on localhost, restore 3 backups and more, but I don’t see a solution to the problem. This happens to me only on the mobile version of my website that is reponsive.
Everything happened after installing the plugin “Hide my WP” but like I said, I installed the backup and did my best.

Explanation of the problem:
In the default language everything goes well, but when I change the language to the domain, example: mydomain.com/es/ when I select the post the web loads but it does not go to the post, but it loads where it was in mydomain.com/es/.

In the console in mobile version, the following appears when loading the network: 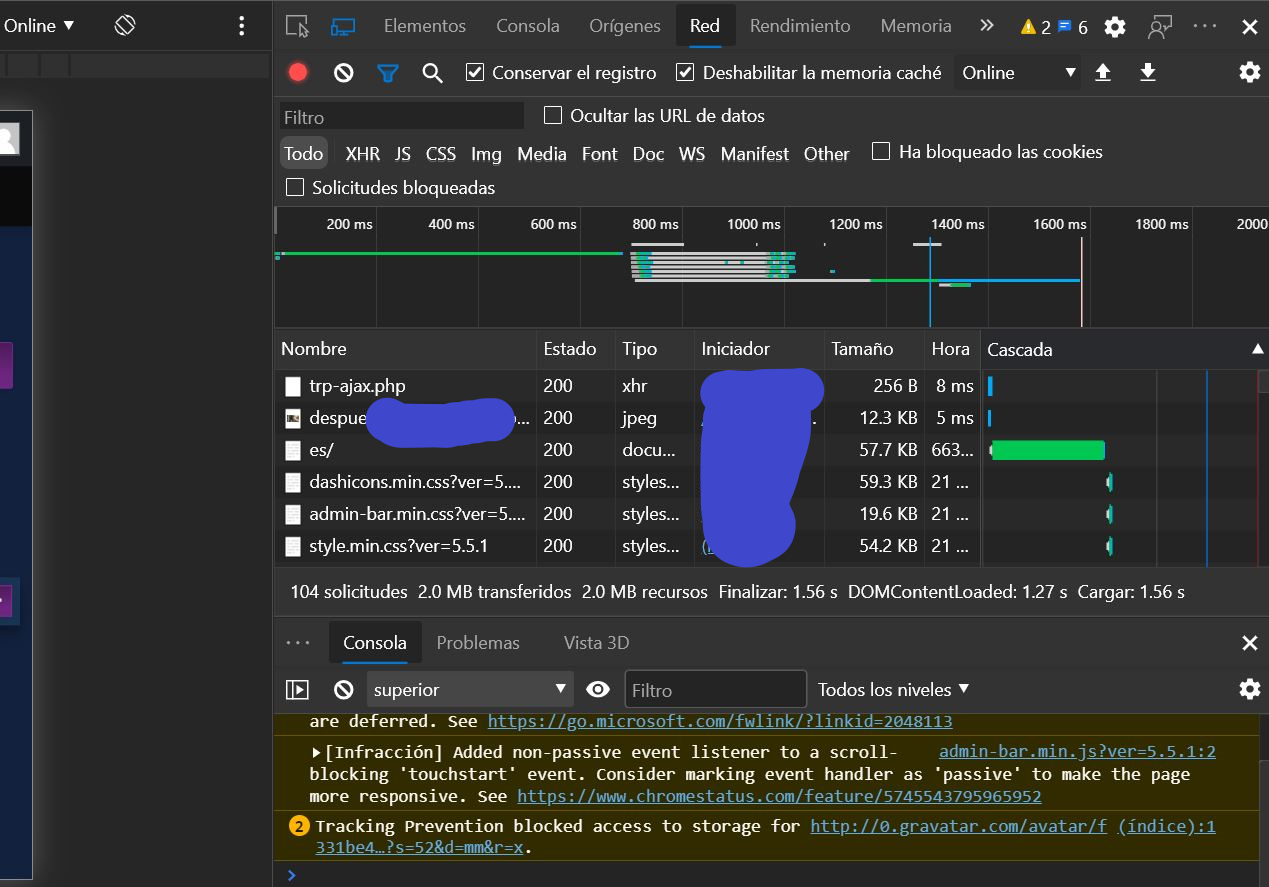 The console selects me in green this:

I don’t know what happens, if someone knows or has had a similar problem, thank you.

If it is necessary to translate all of the interface on the site from one language to the other, how can that be done competently?

It’s possible to give the HTML code to the translator and let him edit whatever is between the tags, but I don’t think this is the right way to go.

What data and in what from should be given to the translator?

I want develop a python IDE that use my local language for coding.local language words that maps to the actual python keywords and builtin functions.
i’m beginner programmer so is there any way that i can build this software,what tools should i use.i really need your help.

If it is necessary to translate all interface on the site from one language to the other, how to do it competently? What data in what from should be given to the translator?

Thanks for contributing an answer to Computer Science Stack Exchange!

Many computer languages have complex regular expressions tools. For example, in Javascript you have global flags, escape characters, whitespace character, assertions, character classes, groups and ranges etc. I’m wondering if using just the 3 basic regular expressions operators as defined in formal languages, that is concatenation, alternation and Kleene star can achieve the same result as any pattern described with more tools as for example in Javascript. Is there a theorem about this?

I would like to know the best UX pattern for implementing such forms. This is will be used to setup the discount of a particular hotel.

The existing swing UI is designed in narrative forms and I am required to implement this as the new web UI. I have checked the natural language form concept a little bit but it has its own pros and cons and few negative feedback as well.

What is the best approach over natural language form and traditional forms?

This is the approach I have taken so far (traditional forms) 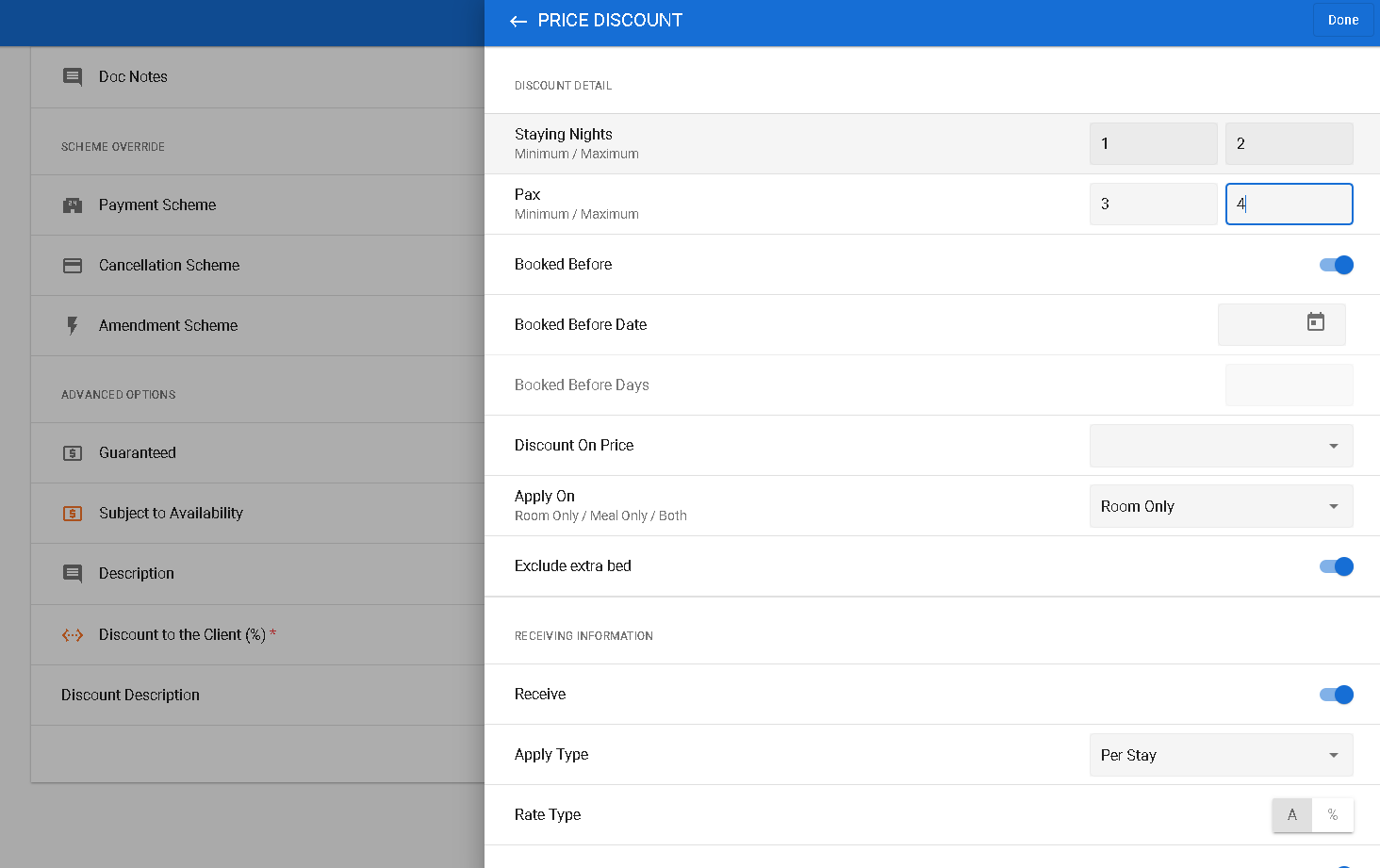 Hello i am using Magento 2 i want to change the language manually , in the admin panel the change work fine , but i want to make this change manually in the database or in the config.php file or by code , because i want to send the change to different deployment instances .

Is there any suggestion please ?

i found this link, but they are change the ‘Locale Options’ by admin panel