WPF Application, C#, MS SQL Server, Entity Framework 6. I need to encrypt all data from user input, and do it apart from business logic. I’ve come to interception of SQL Queries generated by transferring LINQ expressions to SQL, and changing data from them to encrypted, in order to store only encrypted data. I’d like to know if it even possible, and how… And how to decrypt them back and show user only plaintext. I can’t change this method – i.e. i MUST intercept queries. Yet another thing – i must use methods from System.Security.Cryptography.
I have read https://docs.microsoft.com/en-us/ef/ef6/fundamentals/logging-and-interception this article – we use EF version of 4.1, this will not work. I had even checked through source code of EF6 on Github to check if i can override SaveChanges() method

I am new to this. Please be nice. I have already completed half of this assignment:

The part I need help with:

What are the specific commands from start to finish for completing the 3D plot of the given values in gnuplot? The CSV file is currently saved on the desktop.

I solved this problem statement on dear old codeforces.
The Problem Statement wants users to replace occurrences of ’10’ in the given string with either ‘1’ or ‘0’ until there is no occurrence of ’10’ left and the string formed is the lexicographically smallest string from the set of all valid answers.

This is my solution (and it has been accepted). However, I would like to know if we can simplify this solution further:

The Sage Advice Compendium has the following question/answer:

By analogy, the 1 hour casting time of Planar Binding is filled with mystic words, and the instructions are intelligible utterances that are separate from the verbal component.

Personal opinion: From a game-balance perspective, allowing the caster to continually update the instructions makes an already inordinately powerful spell that much more powerful. As a player, I would prefer that freedom, but as a DM, I lean toward limiting the power of the spell. Focusing on RAF (rules as fun), there are more opportunities for interesting interactions between caster and target if the instructions must be enumerated at the completion of the casting time (for example, in the 10 minutes after the spell is cast and the target fails their saving throw, all instructions must be specified and are locked in place for the duration of the spell).

I’m currently brainstorming possible solutions to this UX question. In a multiple choice activity (not a quiz/form), if a user correctly answers a question, before they move on to the next question, I want to encourage the user to still click on the wrong answers and see the feedback from the wrong answers, so they understand why the wrong answer is wrong.

My first question is placement of these instructions:
I was thinking about putting optional instructions either before the question, or after the last multiple choice answer. The reason I suggest the latter is that these set of instructions are rather unique, and could possibly disrupt the natural user flow of reading a question and answering the questiion.

My second question is about the actual contents of the instructions are a question mark to me. I was thinking:

I was also wondering in terms of user experience if it would make more sense to put these “instructions” after the user has successfully answered thee question, rather than before?

I once read a study where it described that displaying information vertically hints/implies to the user that it is instructions. I tried searching for proof of this concept again and couldn’t find it this time.

Does anyone know any key terms/concepts relating to information being displayed vertically rather than horizontally means its implying that the information is instructions/guidelines to follow.

Heres an example of what I mean. 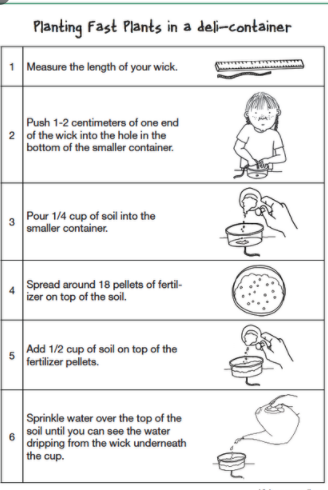 The instructions for this program are as follows,

"Write an assembly language program that displays a menu of four options.

The first option is to show your name

Option two is to show your age

Option three is Show your specialty

Option four is Exit the program.

I can display the menu, but when 4 is pressed the program repeats and then closes. Also, I can't figure out how to make the menu reappear after each entry, as the instructions say.

Here is a picture of my code so far.

Thanks for contributing with a response to Computer Science Stack Exchange!

For more information, check out our tips on how to write great answers.

raspnode.com is definitely the place to make a Bitcoin node on a Raspberry Pi. It's a long way to get the entire blockchain, but if I only had a small blockchain after a lot of pruning I guess it could be done. I tried running bitcoin-qt on a RPi 1, and it just sucked. Then I tried it on a RPi 3, and it was still a fight. But I was going through the complete blockchain, and still am. If you have a small pruned blockchain, you may be able to get away with using a Pi Zero. What I have done to ease the pain of indexing blocks and everything in between, I installed bitcoin-qt on my desktop computer in Ubuntu. I used an NFS share on my NAS to access the bitcoin folder from both machines, and I was able to do all the heavy lifting on my desktop computer much faster. Once I had the entire blockchain, I went back to RPi 3 and everything was fine. I hope this helps!