it’s my first time using an analog camera and I’ve developed my first roll, I use Fujifilm MDL-9 and Lomography CN 400. I know that my problem is light leaks and it’s coming from the back of the camera (i think), but the fact that there are so many horizontal lines of it in some photos that I took makes me confused about where’s is the leak that caused it.

And here are the back side of my camera: 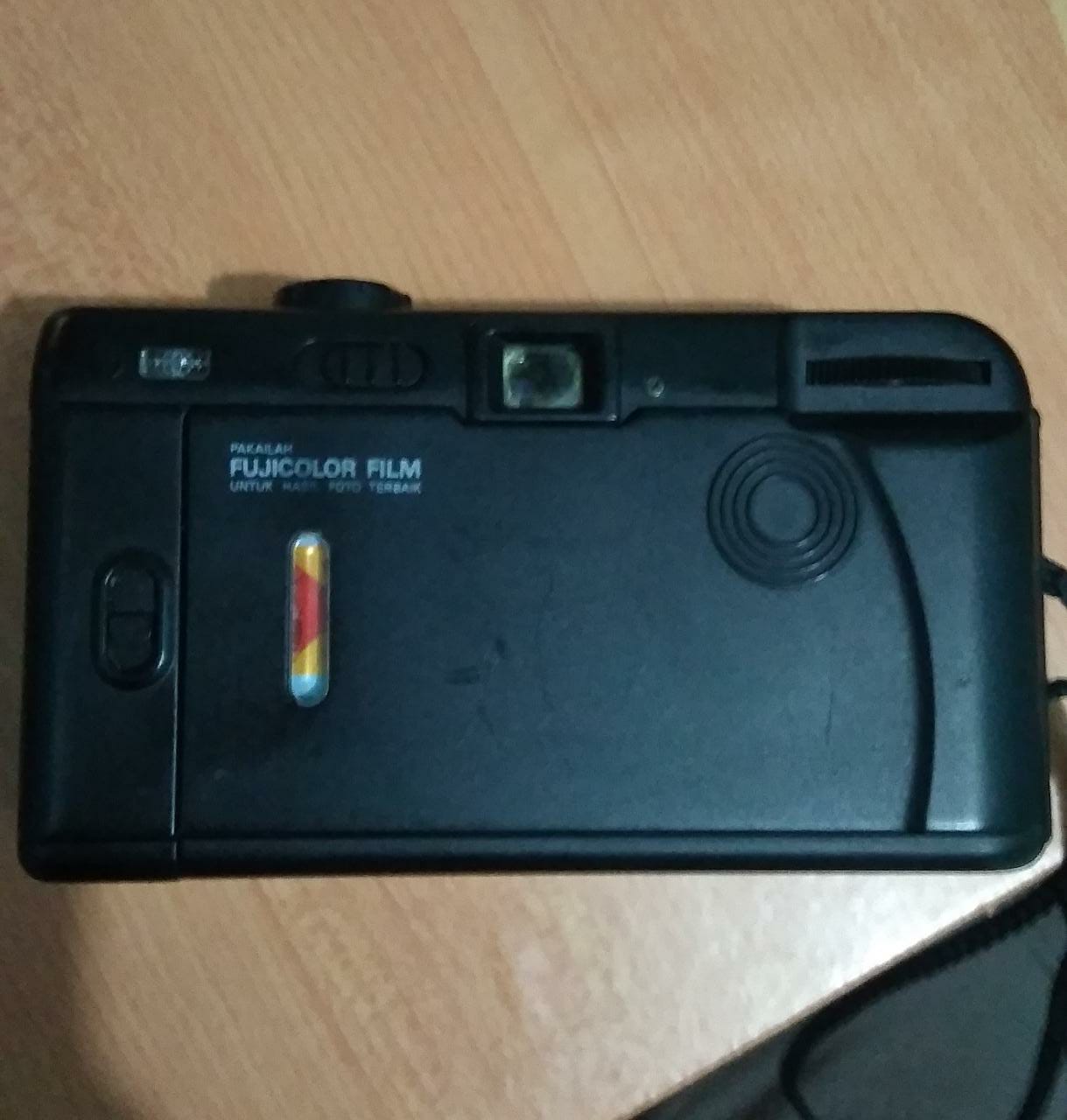 While I’ve never been to India, I’ve travelled in other countries of Southeast Asia. These are countries where you see vibrant colours everywhere. If it were I, I would shoot a reversal film because of the gorgeous results you get with such vibrant scenes. My preference is Fujifilm Provia, but many people rave about Velvia. If you can, try to shoot a test roll before you go.

Unless you are planning on using a slow zoom lens, or doing a lot of shooting at night or something, I would go with ISO 100. Though with a faster film, you might have more flexibility. Results are still great with higher ISO films, and you can always use a ND filter if necessary. (Unfortunately, some years ago Fujifilm decided to discontinue my very favourite film, Provia 400X, so you won’t find ISO 400 reversal film anymore.)

If you’re just going to be away for 4 weeks, you don’t need to be overly concerned about keeping the film cold. Though if you have a fridge in your hotel room, it wouldn’t do any harm to keep it in there. Don’t subject the film to conditions where condensation could form on the film, e.g. allow the film to “acclimatise” when moving from cool to hot environments, and keep it in ziplock bags or something to protect from condensation forming. Obviously if you are going to be there during monsoon season, keep your film and camera dry. Take a look at How do I prepare frozen/refrigerated film for use?

One of my favourite photographers is Steve McCurry, who has photographed extensively in India, including during monsoon season (see photo below!). It’s certainly worth checking him out for some inspiration. (By the way, I read years ago in a Kodak leaflet that Steve McCurry shot Kodak E100G film, so if you like his stuff, it could be worth giving the new Kodak Ektachrome a look.) 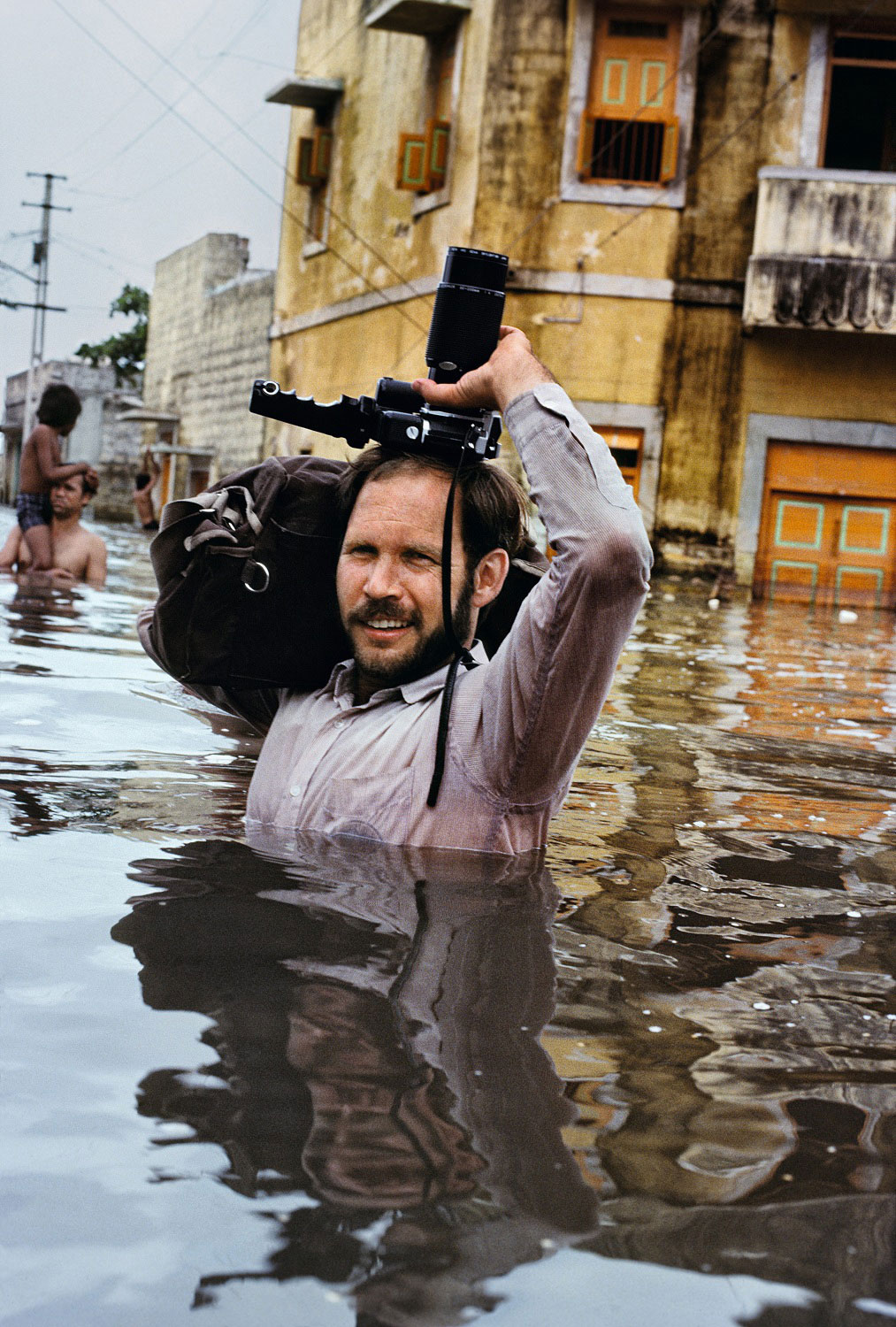 Addendum… I wanted to revisit this answer to add a couple of points.

I would never discourage anyone from shooting film, but just be aware of how important metering is. With film, you don’t have the instant feedback that you get with digital, and you can quite easily ruin your results through poor metering, especially with reversal film. Advanced SLRs from the late 90s or early 2000s will have good, reliable in-camera metering. If you are using something more manual, make sure you get the metering right.

While I recommended a reversal film at the top of this answer, my current film preference is Kodak Portra. It’s less saturated than a reversal film, but personally I think it produces gorgeous results, and if anyone were to shoot an India trip on Kodak Portra, I think it would also give wonderful results. A lot of this comes down to personal preference, and it’s worth trying out the options in advance and being familiar with your own preferences.

Multiple records about my camera model indicate that it has a shutter speed range of 1/250 to 8sec.

However, I recently tried to photograph an orange streelit frontage using the biggest f stop (f1.8). It ended up quite underexposed, with only the streetlight bulb showing in the negative. I thought the camera would automatically use a long exposure. The ASA tab was set to 400.

My thought is, maybe I should crank the ASA to the lowest value of 25. Will I get the 8 seconds?

If we accidently, or on purpose, err as to exposure, likely the outcome will yield a satisfactory image. This is because the negative / positive method is very forgiving. Think of the negative as just a means to an end. Nobody holds up a negative and says “look at Aunt Sadie, doesn’t she look grand”. We must print the negative to get a positive print. This printing step is tantamount to a retake of the original scene. In other words we get a second chance to expose the original scene, this time on paper. During this second exposure we are able to work our magic and make corrections. This second exposure (printing stage) is the chief ingredient in what we call “latitude”.

We can push the film during the initial developing. As a general rule of thumb the factors to use are: 1.5x developing time doubles the ISO (1 stop). 2 stops = 2.25x and 3 stops = 4.5x the regular time.

That all being said, let’s look again at your question: You wish to push process 100 ISO to 400 ISO — that’s two f/stops. Further, you said you were going to over-expose. If you over expose 2-stops, this is tantamount to re-rating the 100 ISO to 50 ISO. This will result in an over-exposure. Now you need to compensate by “pulling”. We pull by shorting the developer time. We are talking about a 20% thru 25% reduction in developer time.

About film exposure latitude: We are talking about the range of exposure levels that will yield an acceptable image. For negative materials, exposure latitude is greater in the over-exposed direction. We express these in terms of f/stops. An f/stop is a 2x change, a doubling or halving the normal rating.

You cannot change the contrast of the negative without changing the amount of development.

Further, the amount of contrast control available for T-Max films is limited — only the P3200 is made to accommodate significant changes in contrast (“push”) to simulate a 3200 ISO speed (the native speed of that film is about 1000). T-Max 400 has a relatively limited amount of “push” available.

In general, however, to lose shadow detail, you would expose less. This is commonly combined with developing more than standard (which you can request at the lab, if you’re not processing the film yourself) to give mid-tones similar to a correctly exposed negative. If you just underexpose and then give normal development, you’ll get negatives with lower than normal density; depending on your scanner you may or may not be able to bring the tones back to your usual mid-tone range.

This will give the harder contrast you request, at the scanning stage — but to get this in the negative, you would need to give extended development. Most labs charge extra for this, because they can’t batch your film in with other rolls of the same film type, but instead must handle it more individually — but anywhere that processes B&W film should be able to give a one stop push. You just have to request it (and you may have to ask them how to request a push process).

You would then set your meter to 800, or for auto exposure cameras dial in “-1” exposure adjustment, shoot normally, and process with the “Push +1” option.

In my experience with digital photography, I’ve been told (and believe) that the lens and post-processing matter far more in the process of making a desired photo than the camera used does. I’ve found myself desiring that very vintage, grainy look that film photos have, and am planning on buying film equipment to achieve that (on a budget). I’m not asking for equipment recommendations here, but as I begin on my film journey I want to know if that statement about lens/processing mattering more than the camera still holds true with this particular medium.

So… what matters most when trying to get this retro look? Does the camera matter at all? Should I look for specific lenses or does that even matter? Is it all about the film (certain types, temperature, ISO) in this situation, should I learn about specific techniques in the darkroom (push/pull processing?) that creates this grain, or is it about the way that I shoot the photo (shutter speed, aperture) that matters?

Much appreciation to anyone who can share their knowledge or link me to a good resource on this!

Recently I found 3 unprocessed film rolls like this one: 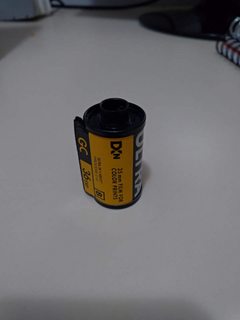 Can I extract the films from the rolls and scan them using some app like KODAK Mobile Film Scanner?

I want to build a scanner to digitise standard 8mm ciné film using my Eumig 8mm projector and a Raspberry Pi with the High Quality camera module. I am not too worried about the mechanical, electronics and programming side of things, but I am not sure what type of lens to use.

I have a 50mm C-mount lens from my Zorki 4-K 35mm camera, and I intend to try that before looking for a specific lens for the camera module (which has a C-mount and a CS adapter).

A standard 8mm frame has a diagonal of 5.6mm, and the RPi HQ camera’s sensor has a diagonal of 7.9mm, so 1:1 magnification would be ideal. Will my 50mm lens be suitable, and how do I calculate the object distance and sensor distance from the lens (and what point on the lens axis)?

I will, of course, be replacing the projector’s incandescent lamp with a white LED for the purposes of scanning.

Hopefully, I have included enough information.

My dad passed recently and I would like a way to memorialise him and his photos.

He was an avid photographer and never left home without his camera. The one I remember from growing up was an Asahi Pentax SP1000

My idea is to have some of his iconic and favourite photos loaded onto an SD card and to be able to look through them much like an old viewmaster toy except digital.

My thoughts are that I could put a display at the front or back of an empty or fake lense housing. e.g. 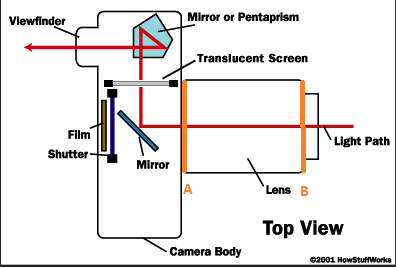 Either point A or point B

I could hide the arduino, and battery either in the lense or camera body and run wires to the lense

The issue I am having is focusing, with the lense removed all I can see through the view finder is a blur of colour. So I am wondering the best way to solve this? Would a pinhole lense at point A work to view a screen at B? Or is there something within the housing which is introducing the blur that I could remove?

I’m not worried about stopping the camera from taking photos but I’d like to keep it as intact as possible.

The colors will probably shift a bit more than if you had stored it in proper conditions for those three weeks. As Alan answers in great detail, the shift should not be great and proper processing can correct most of the difference.

Leaving the film in the trunk will have caused significantly less color shift than if you had left the film in the passenger compartment while parked in direct sunlight for three weeks.

You didn’t say what part of the world you are in, so we can only speculate. Where I live in a subtropical climate, the temperatures routinely reach 90°F (32°C) and above in the summer. If my car is parked in direct sunlight, the passenger compartment can get to 140°F (60°C) or more, while my trunk tops out at about 105°F (40°C). If the car is parked in the shade, the temperature in both the passenger compartment and the trunk stays about the same as the ambient temperature.