Any thoughts or suggestions are greatly appreciated.

Here’s a workaround in Chrome, Firefox, and Safari.

In short, we’re going to find the code that’s creating that grey layer and delete it. You don’t need to be tech savvy.

I think it’s happening because of a tracking pixel failing to load in a modal. Here’s the console error I’m seeing:

An easier solution than trying to debug this problem might be to just allowing modals to close when a user clicks anywhere in the grey region, which is the expected behavior these days anyway.

I have a laptop that I like to watch youtube on while doing other things on my large monitor, but I noticed that when using the theater mode, a significant area of the video is covered by the search bar. On the big monitor it works fine, but I want to use the small one so that I have the big screen free. Is there any way to fix this? Ideally I’d prefer not to use fullscreen because I personally despise it.

Is there an example of a finite covering $pi : N to M$ of closed orientable manifolds where $M$ is prime and $N$ is not?

There are no examples in dimensions two or three. If one is willing to forgo the orientability requirement, then there are examples in dimension three. In this paper, Row constructs infinitely many topologically distinct, irreducible (and hence prime), closed 3-manifolds with the property that none of their orientable covering spaces are prime.

Note: I’m asking about the strategy behind unit / integration / end-to-end tests, not about classifying tests as one or the other.

More so in the past than present, it was expensive to write and run end-to-end tests for every possible scenario. Now though, for example with the increased use of test fixtures / emulators, or even lower latency / higher query limits to APIs, it’s more feasible. But of course there’s always gonna be human error. We can never be sure we thought of every scenario.

Still I’m asking anyway, hypothetically, given an oracle that tells us every possible scenario, or to put it another way, discounting scenarios other than exactly the ones with end-to-end tests, how might unit tests still be valuable?

What I’m wondering is if, unit-integration tests are kind of an “alternate approach” to thinking about tests, and that’s the advantage of writing them even when aiming for “100%” end-to-end coverage: because they might catch a scenario missed by human error. But eliminate human error in thinking up scenarios, and what do they do?

Some ideas I can come up with (but I’m hoping for even stronger answers!)

However, I found in the output figure 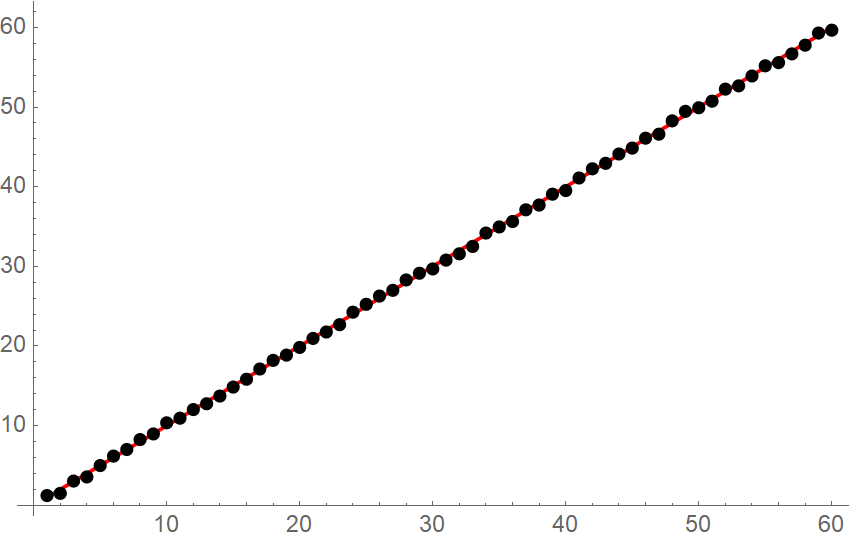 the black points cover up the red line. How could I move the red line to the top layer of figure? Is their a option for this?

This is a simple example. In real case I have more than one data-fit line pairs to plot and their legends to placed.

PS: the site map index has been added 1 month ago!

It is unclear, because the rules as written (RAW) do not address this.

In this situation, a Floating tensioner disc it floats on a surface, and the surface suddenly becomes a hole. Unfortunately, the rules do not provide guidance on what exactly happens next, as the disc is not expected to be above a hole more than 10 feet deep.

The mechanics of the spell suggests that it was not intended for this scenario, as it normally "floats 3 feet above the ground" and "can move across uneven terrain, up or down stairs, slopes, and the like, but cannot cross a change of elevation 10 feet or more. "

The spell description does not specify the speed of how fast the disc moves, either horizontally or vertically. The disc itself is a "horizontal force plane", which may or may not mean that the plane is fixed in place.

So there are several possible outcomes, depending on the interpretation:

Finally, the DM would need to decide what happens.

Find the distance covered by a corner of the plate in a revolution around the fixed plate.

I could have an approximate idea of ​​the path, but I cannot express it mathematically since I cannot find a point that is at a fixed distance during the revolution.

Can anyone suggest a way? Any help would be appreciated.