I’m trying to figure out what kinds of electronic tickets I need to buy if I need to get from the Cincinnati Airport (CVG) to Blue Ash. First I need to take route 2X to downtown Cincinnati (which is operated by TANK), and then I need to take route 4 to Blue Ash (operated by Go Metro). I found the following (see below) combined ticket in the app where fares can be purchased (EZfare), but I’m not sure if that free transfer is valid on Go Metro or not. It says “Tickets can be used on TANK routes …” but this ticket is also listed in the “Cincinnati Metro Tickets” section, so I suppse this transfer might work for route 4 operated by Go Metro. If it’s not the case, then the situation is weird, as the TANK website says that the cash fare is $1.50, but I don’t see anything cheaper than $3 in the app. Any thoughts? 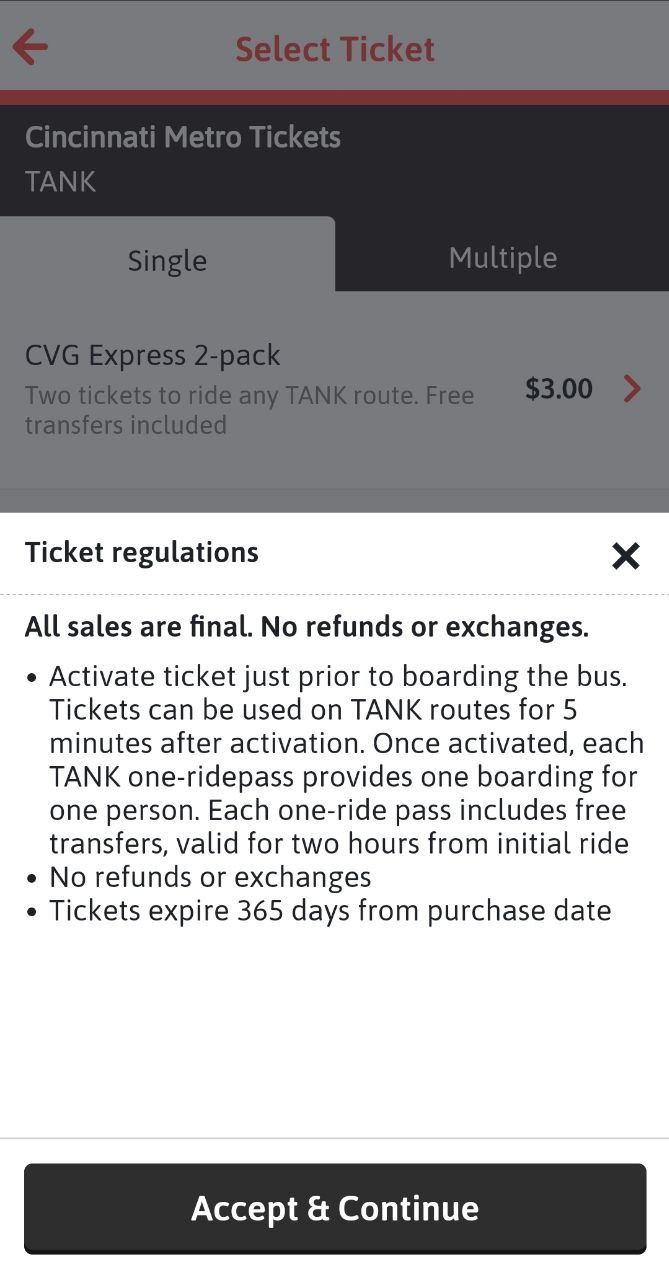