So I have a Table that displays a list of nutritional items that have the name of the item, the vitamins and minerals it contains. 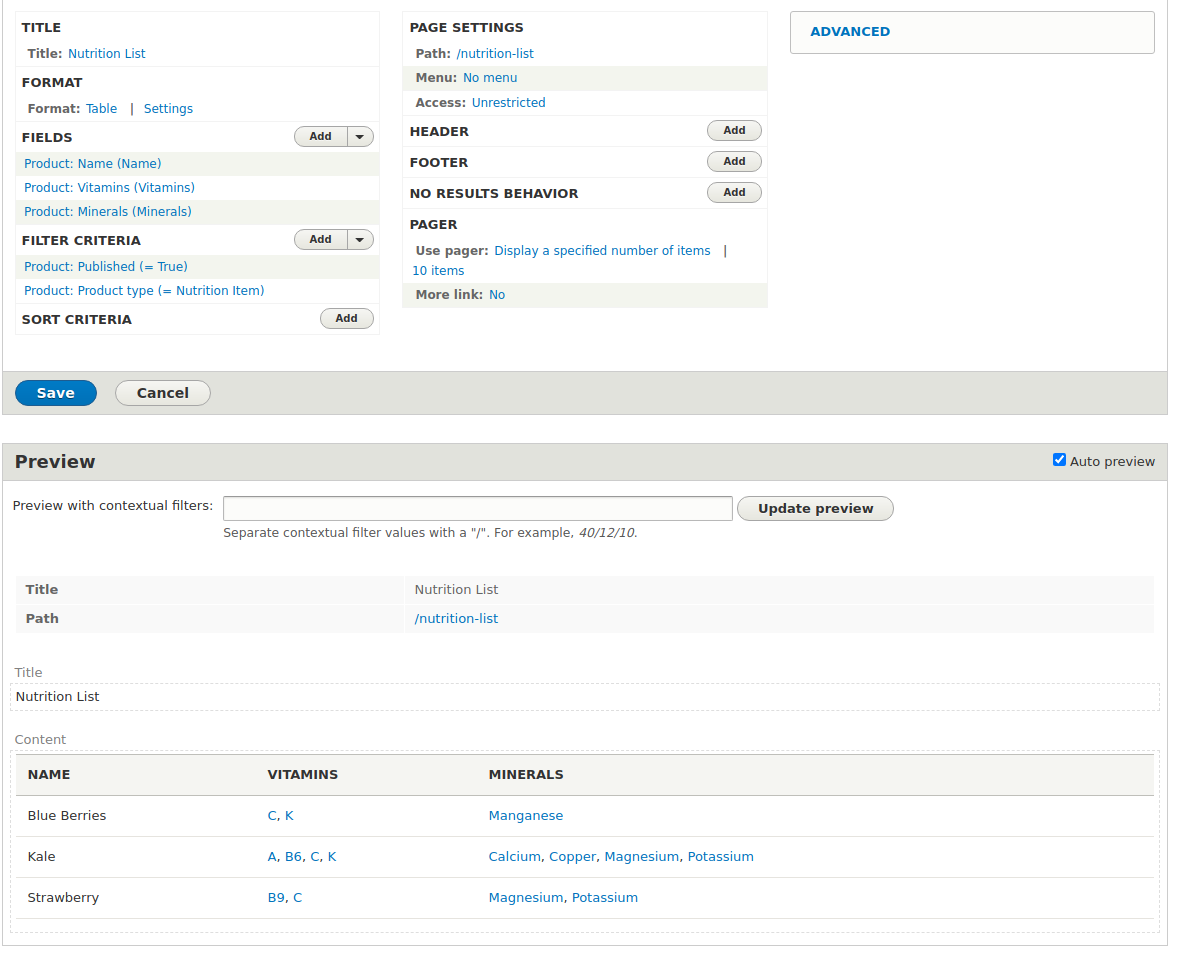 So the way it would work is it shows Blue berries has vitamin C, K, so therefor, your missing vitamins A, B1-12, D, E, ect.

by looking at the tsa tag, it seems that you are traveling to USA. The TSA guidelines
does not mention anything regarding PVC pipes so the best option is to ask them directly.

For items not listed here, simply snap a picture or send a question to AskTSA on Facebook Messenger or Twitter. We look forward to answering your questions, from 8 a.m. to 10 p.m. ET weekdays; 9 a.m. to 7 p.m. weekends/holidays.

Below are custom option of Radio Button Type. How to Display <span> value under the <label> when customer checked Radio button using Jquery? Here All class are dynamic.

Items whose parent does not have the "Expanded" checkbox set in the menu are skipped. Is there a way to load these regardless?

We have two branches master and test branch. Test branch is slightly different than master because of some features that were added to test but not master. Whenever I create a new branch from master let’s say MDW-1 and make my changes there and try to merge it in test, it can’t merge without conflict because it tries to remove all the features from test branch that are not in master branch. So the temporary solution right now is to checkout test-MDW-1 from test branch and cherry pick changes from MDW-1 to test-MDW-1. This is redundancy because we have two create two branches for same changes. What would be the solution for this? This was not the case a few days back. I could easily merge the branch checked out from master into test branch. This arose after I reverted a pull request from master branch.

1, I am using FileField Path to get Tokens (entity field product taxonomy) in File Path settings and it only applies when using “Retroactive update” field checked. Path are then created successfully, however on new product creation, path are not applied. Any areas to check why this would happen?

The goal is to have the path from a Taxonomy entity reference created to something like this:
en/game-toys/abc-gear/abc.jpeg

Any hints at what to poke at?

I have a CAML query to find documents by name within a document library, however, the checked out (drafts) documents are not found by the below query (ran with high privilege):

What I am missing, how can I include the checked out items ?

I personally would take some precautions. First of all, make a backup of your data. Leave on in your home and take another one with you so that you can use it in your destination place. Then when transporting a desktop computer, the most fragile part is almost always the hard disk drive. So I would dismount it if possible and take it into your cabin luggage. You could also do this for other sensible parts like for example other drives, the processor, or the RAM bars. This I would pack into anti-static bags and take it into the cabin.

The tower itself you can put into protected pc transporting bags like this one. This bag will be checked so that you can’t smuggle and weapons or drugs. But you shouldn’t normally fear that this will damage your computer.

And last but not least, you could also think about sending your computer with a carrier. I quote this from a message board:

Send it via a Secured Carrier, RPS(Royal Packaging Service), Which
Delivers Things in the most pristine state Possible. Door to door
Service, White glove care. But i warn you, Its pricey. 15lb =
$200/USD.

From a scientific point of view, checked exceptions can be seen as alternative return values, e.g.

Exactly. They can be seen that way, and they should be but they aren’t.

Using an Error type like is common in Rust, Elm, Haskell, and in some sub-communities in Scala or a special error value as in Go is just an alternative return value indicated in the type system. A checked exception is like an alternative return value, but it doesn’t use the normal way of returning values, it is a completely separate, very different way of “returning values”. It also sits outside of the type system, and bolts on a completely separate “checked exception” system onto the type system.

Another problem with the specific way checked exceptions are implemented in Java, is that they are anti-modular. That is, however, not a fundamental problem of checked exceptions, unlike the ones I mentioned above. There is an idea of Modular Anchored Exceptions, for example, where you can specify something like

And you don’t have to know (and leak!) which precise exceptions bar can throw. You can even do something like throws like bar except ArrayOutOfBoundsException when you are handling some errors yourself.

For entry into the Schengen Area (not within the Common Travel Area), British citizens will be treated as 3 Country nationals.

A entry/exit stamp will be placed in their passport to enforce the 90/180 days rule.

An exception will be made for those presently (2020) inside the Schengen Area. The 90/180 day clock will start on the 2021-01-01, so the lack of an entry stamp will not automatically assume an overstay.

Should, for any reason, no stamp upon entry be given it is advised to retain some proof of date of entry (ticket etc.) to avoid complications when leaving.

The same is true for (non-Irish) EU Citizens when entering the United Kingdom, especially when arriving from the Republic of Ireland. At present it is not clear how the date of entry will be noted for those travelling with only an ID (which will still be possible until 2021-10-01), afterwhich a passport is required for non-resident EU Citizens who are not Irish.

As to how private corporations, who will be held responsible for transporting persons without the proper paperwork, will deal with this is their affair. Assume they will refuse to allow you to board if you don’t fulfill their conditions.