Recently, I started watching “The Boys” and as I searched for it in the search bar the site it took me straight to Season 2 of the show and showed me all the episodes of Season 2. Although it said written on top “The Boys: Season 2” me being unmindful started off with Season 2 unbeknownst to me until later I learned I was watching Season 2 instead of Season 1. This UX is different from Netflix which starts you off with the beginning episode unless, it sees that you’ve watched some episode of a show and starts you off from where you left off.

Also I wanted to check, if I was dumb or many people had encountered the same problem. I asked 10 other people to do the same thing I did to find the show “The Boys” and play the first episode and 6 did the exact same thing I did. So I am thinking its a UX design flaw and I wanted to confirm with UX designers why haven’t Amazon Prime removed it yet?

So, I’ve decided to take up photography on the side. I’m starting w/ some simple Urban Exploration and Astrophotography stuff but I know the projects I want to do will eventually require working w/ models.

However, given that I’m 50 years old w/ no track record of working w/ models I’ve pretty much got all the warning signs of ‘GuyWithCamera’.

So what are the things that models would be looking for to see me as a safe and serious amateur? I’m assuming shooting in public locations and encouraging them to bring a friend would go a long ways. But are there other things models look for?

If it helps, my target audience for a model would probably be in the 30-45 year old range. I’m not looking to do nudes or anything along those lines. More ironical themes like a fashion shoot in front of a house w/ a foreclosure sign or a black wedding dress shoot in an abandoned church.
Thanks –

All effects with a fixed duration measurable in rounds end just before the beginning of one of your turns. (Otherwise, their duration would be too short to be a full round, or a full 2 rounds, etc.)

We can see this by looking at a duration of 1 round, and applying the same logic to the case of 10 rounds.

A duration of 1 round, measured in turns, is “each participant in a battle takes a turn” (PHB, p. 189) — or put another way, one turn each for you and everyone else. Since you enjoy the benefits of an effect like Rage on the turn you activate it, that’s one turn of effect for you; everyone afterward also “enjoys” the effect for their turn after you, until the end of the turn of the creature just before your next turn. When your next turn begins, you would be enjoying the effect for a second turn, therefore the 2nd round of the effect begins as your 2nd turn begins.

Thus the dividing line between the rounds, for an effect you enjoy on its first turn of activation, is just as/before one of your turns begins.

(There are a few exceptions, but these explicitly say when they end in relation to your turn. Most are single-round spells that alter your next action, which explicitly extend to the end of you next round so that they’re not useless — you can think of effects like that as beginning to be “enjoyed” by you and everyone else only after the end of your 1st turn.)

Now we can extend this out to 10 turns, to see that Rage ends just before your 11th turn begins. For simplicity, we’ll call the turn an effect starts “your 1st turn”, no matter how long combat has been.

So in the case of rage, it ends just before you take your 11th turn, preventing you from enjoying 11 rounds of rage but allowing you to enjoy the full 10th round of your rage, including during everyone else’s turns.

I have a C# script in unity(attached to the bottom of the post) and I am itterating through a image pixel by pixel and I am confused on the results I get. There is an extra white block being processed in at the beginning of processing and results in the overall map being thrown off in generation. The image is exactly 50×50 pixels.

A better way would be to put it is as the image below(screenshot from pixel painting app so you can see the pixel grid) starting in the bottom left hand corner going from left to right then up the rows in processing. At the beginning there is an extra white pixel being read. So in the image there are 4 white pixels and then one orange. But from the Console output included below the code below adds an extra white pixel before it sees the orange.

In the film Titanic (1997), the scientists (and mostly Bill Paxton’s character) use a white camera as seen in these screenshots: 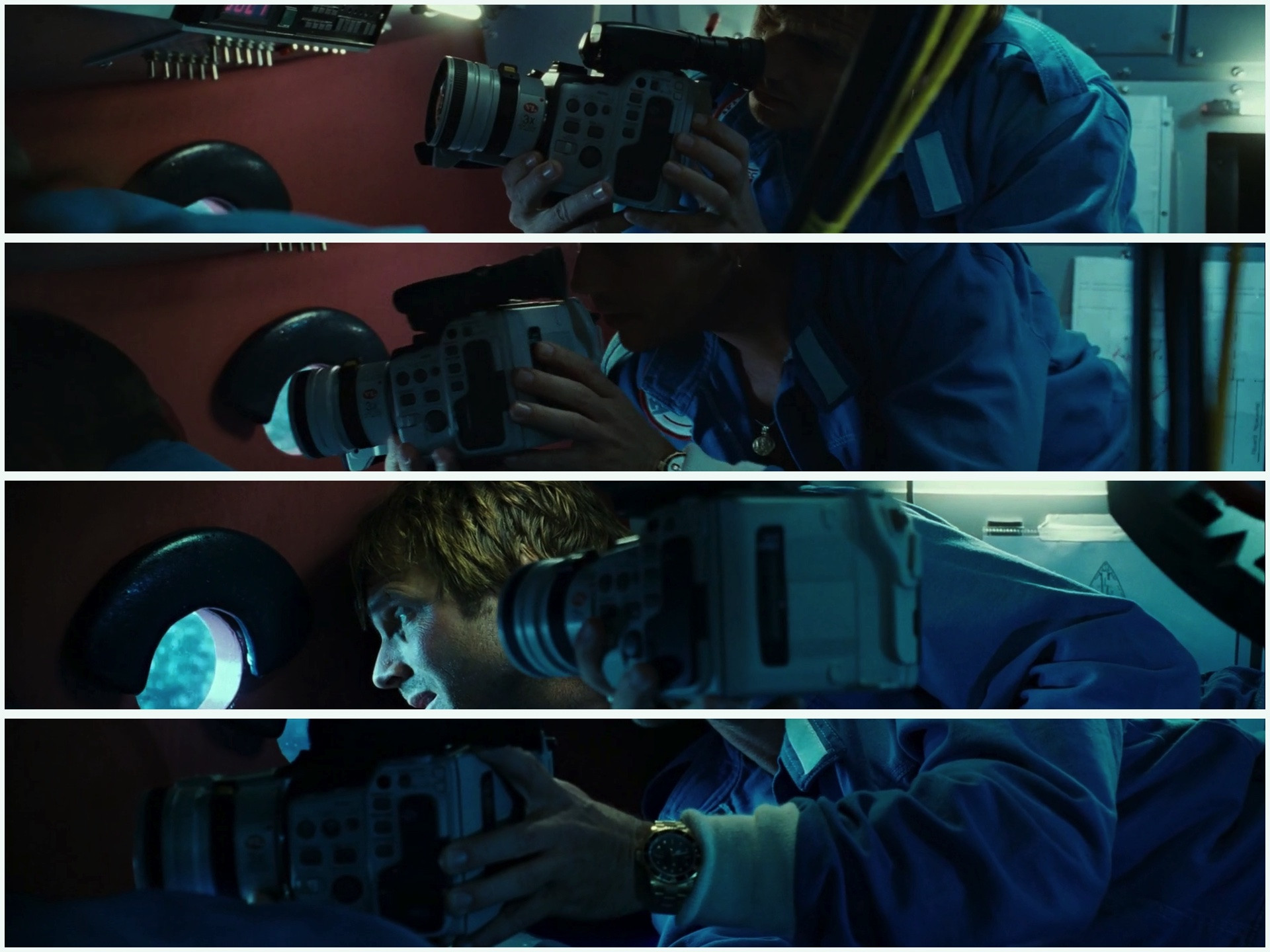 It looks like one of the Canon camcorders but it’s not obvious what the brand and model are.

I’m building a microservice which depends on a set of downstream services to collect the data necessary to operate. It is a data delivery system, I’m not source of truth for any data, my system rather aggregates data and serves it.
The downstream services are sending their data through kafka streams. Nevertheless some of them are already in place for quite some time and they dont guarantee that their current internal projections are totally in sync with the kafka beginning of history.
The consumer group of kafka also just guarantees some weeks of retention. Over that period you cannot depend on kafka to load the older version of your messages. One would need to go to s3 buckets to fetch them.

I would appreciate suggestions and good practices in situations like this to the following scenarios:

As a integrator of this downstream services I see a clear option:

My Option: Import their first initial state manually and build recoverable snapshots of my database, which have a latest imported offset. Once I have to disaster recover I load only the most recent messages based on that offset.

Nevertheless I’m not sure if I’m missing options or if there are good practices in this situations, in general and in specific to kafka, or if I’m not doing an anti-pattern. Suggestions?

If I generate preview of an audio file of foreign format, for example, flac or mp3, quicklook skips around 2 times in the first 10~15 seconds of playing. This does not happen for native formats like aiff or m4a (alac).

qlmanage generated preview does not have the skipping around problem. qlmanage does produce a few more errors if I drag the time slice:

I don’t know how to troubleshoot this problem. Does anyone have any idea to why this occur or possible solutions?

I will be playing a Changeling in an upcoming campaign (homebrew setting). I’m interested in hiding not only my race, but also having one or more "retainers" — alternate identities/personas that my changeling can slip into and out of as needed.

The catch is, I wish to conceal (at least at first) the fact that the PC and the NPC retainers are actually a single entity! The most straightforward way of doing this would seem to be observers seeing "both" characters arrive to the starting town at the same time. I would want this to deceive NPCs and fellow PCs.

What magic/mundane/class features do I need to pull off such a deception at level 1? If not, what’s the earliest level you could realistically pull the wool over NPC eyes, solo? The ruse must be able to confound casual observers, but bonus points if it can stand up to additional scrutiny!

I don’t have a set class for this character, but am leaning towards Bard, Rogue, or Wizard. Since I’m trying to fool the party as well, count on no help from them.

THIS ONLINE CLASSES ARE CONDUCTED FROM ZOOM,GOTOMETTING OR BY CISCO WEBEXANYONE COULD PARTICIPATE TO CLASS WHO LOVE TO LEARN ECONOMICS ALSO FREE EXERCISES WOULD BE GIVEN TO DO AS HOMEWORKFEEL FREE TO CONTACT AND ASK ANYTHING YOU NEEDCONDUCTED BY AN PROFESSIONAL LECTURER THANK YOU……

With the coronavirus and civil unrest going on I see things getting worse, this one YouTuber who’s a strong believer of Jesus Christ and a trump supporter and also did drugs like shrooms and dmt and saw god, anyways he was going on that Democrats could collapse the economy and society and blame it on Trump and the streets will be like the movie “the purge” and lost of law and order,