How to properly call createPaymentTransactionNew using @ledgerhq/hw-app-bt to spend utxos from a bech32 transaction?

This is the code I’m using to call it, having previously defined inputs and purpose, coinPath, accountNumber:

bech32 addresses are defined in BIP 173. A list of address prefixes on the Bitcoin wiki is here.

This slide is taken from Pieter Wuille’s presentation on bech32 at SF Bitcoin Devs in March 2017. 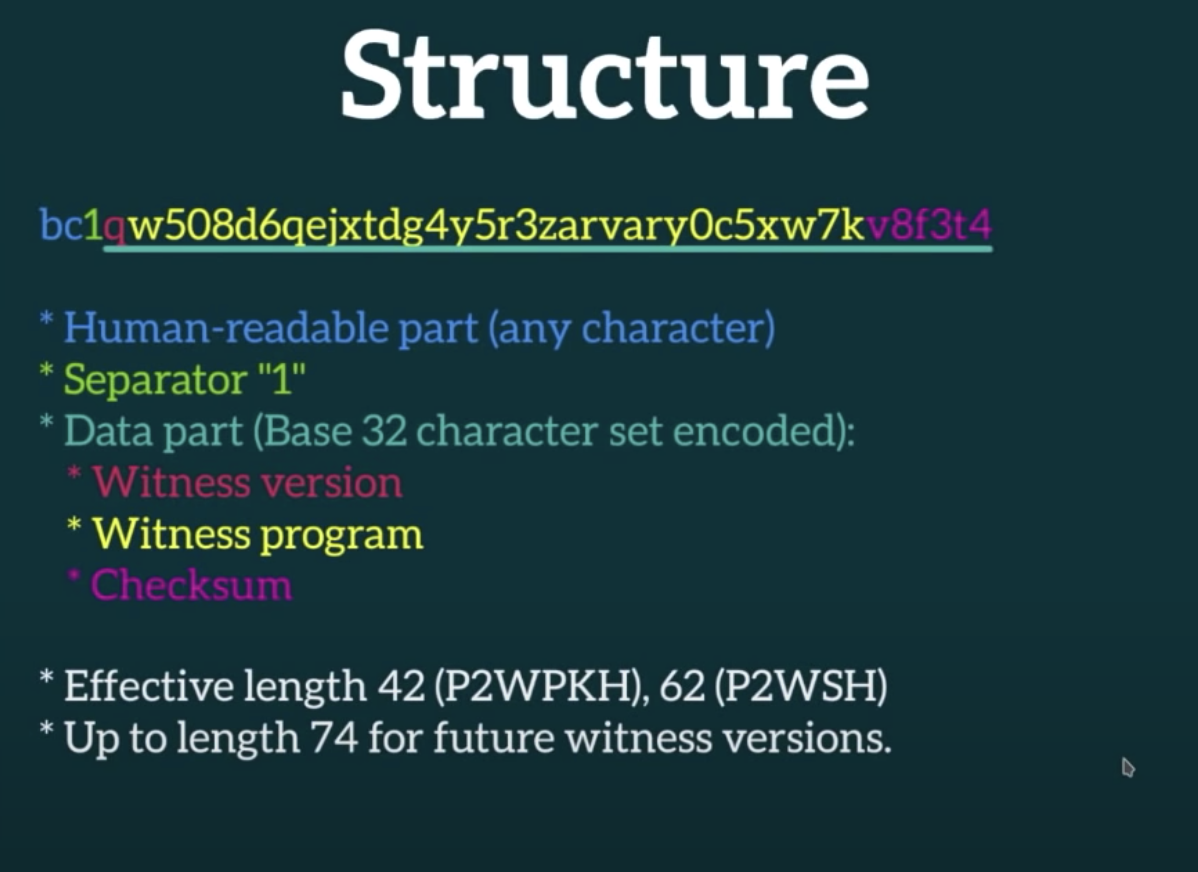 There is a bech32 demo decoder site here.

The mapping of bits to bech32 characters is also included in the BIP. 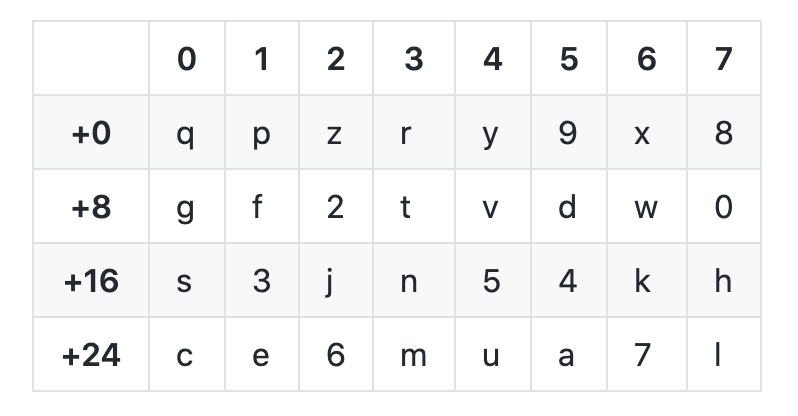 Note that although 1 is included in bech32 addresses as a separator (see here) the character 1 is not included in the permitted character set of bech32. Nothing maps to 1 in this mapping.

Pieter Wuille explained the rationale for this bit to character mapping at SF Bitcoin Devs in March 2017:

When segwit activated, it introduced the zeroth generation of segwit, segwit-v0. The corresponding locking scripts came in multiple flavors:

Bech32 is also used for other purposes such as e.g. encoding Lightning invoices. Originally, it was planned to use bech32 for later segwit output versions as well. However, after a mutability was discovered, and surveys found that many wallets did not properly handle sending to higher segwit versions, an amended version of bech32 is in discussion. This amended version of bech32 would use a different checksum constant to explicitly break forward-compatibility. Breaking forward-compatibility protects against wallets which burn the funds by incorrectly downgrading segwit-v1 addresses to segwit-v0 addresses, and allows the mutability to be fixed.

The proposed Taproot softfork introduces the segwit-v1 output type called Pay to Taproot (P2TR) which would be the first output type to use the amended bech32 address format, possibly called “bech32m”.

So I wrote a vanity address generator in c# with the NBitcoin lib. When I use the private key used to generate the address and input it in Mycelium it outputs a different address. This does not occur when working with legacy addresses, so I’m guessing I need something more than just a private key in order to generate a segwit address. Was it a redeem script or something? How can I make sure I get the same address in a wallet when I input the privkey?

The problem however is that unlike Base58 encoding, those bytes are only used in calculation of checksum not as the starting bytes. Which makes the picture misleading in my opinion.

Bech32 encoding is very different from Base58 encoding as there is no “version prefix”. There is an Hrp, a witness version, a data (hash) and a checksum. Witness version | hash are the data being encoded and expanded_hrp | data is used in checksum calculation (| is concatination).

I sent some BTC to a BECH32 (P2WPKH) format address. (details of the transaction)

I imported the private key(wif) in Electrum, but I can’t find the income?

I am sure I sent to the right address and imported the right wif. How can I get the incomes?

For my client, I have set up a custom BTC payment solution using BTCPay Server. The wallets I have configured in BTCPay Server produce only bech32 (bc1xxx) addresses for payments (cheapest transaction fees).

My client (who ordered the solution) has asked me how many of his customers would be unable to send a payment to a bech32 address?

As I can see it, I can go back to my client with one of the following two answers:

Could someone please tell me whether I can reassure him that the solution is fine as is, or whether I need to add legacy address support into it?

I am trying to understand if Bech32 can be a bottleneck in some specific cases (only Bech32, not Bitcoin itself).
What is the hypothetical speed decoding the address back to the streamable format in the client?
How many transactions per second you can do in Bech32 when you have not in scope the Bitcoin client itself?

I found out that vanity Bech32 can be tested with this tool: https://github.com/lispczz/bech32-vanity-address-generator

Any advice, how I can do the raw estimation? Do you have some formula in mind?

When i use bitcoin-cli getnewaddress "" "p2sh-segwit" What kind of script is inside? Can I convert it to bech32?