It depends on which country you are talking about. There are other countries besides the United States where people dined a lot. Especially if you were high class, there were many "elegant" restaurants and hotels. Cafeteria and restaurant restaurants like Chinese, Greek and Italian probably did not arrive until the 1960s. I am a child of the 50s and I remember that my parents took us to lovely restaurants in the cities (especially Sydney in Australia)

Since Compendium of rules

A creature that successfully saves against an effect that has no obvious physical repercussions feels hostile force or tingling, but cannot deduce the exact nature of the attack.

So, yes, someone who passes his Fortaleza saving throw should know that there was something "unpleasant" in the food, although they don't learn anything more than that, so they wouldn't necessarily know if he had been specifically poisoned, let alone with what poison.

This is a general rule, and it is possible that a particular poison indicates otherwise. However, unless the poison in question says so explicitly, the default is that someone can say it.

Just watch them, if they look bad, take them to your veterinarian.

(iv always gave my dogs small amounts of chocolate as a gift and it doesn't hurt them + they accumulate tolerance towards him, so if they stole a larger amount of chocolate they wouldn't get sick … iv seen how sick the dogs are to get who has never had chocolate before)

I am using Chrome on Nexus 5X.
Nothing like this happened until the last 2 days: my data plan suddenly ran out, the operator's application stated that I had no more data, and when I verified my data usage in Android Settings, I got this: 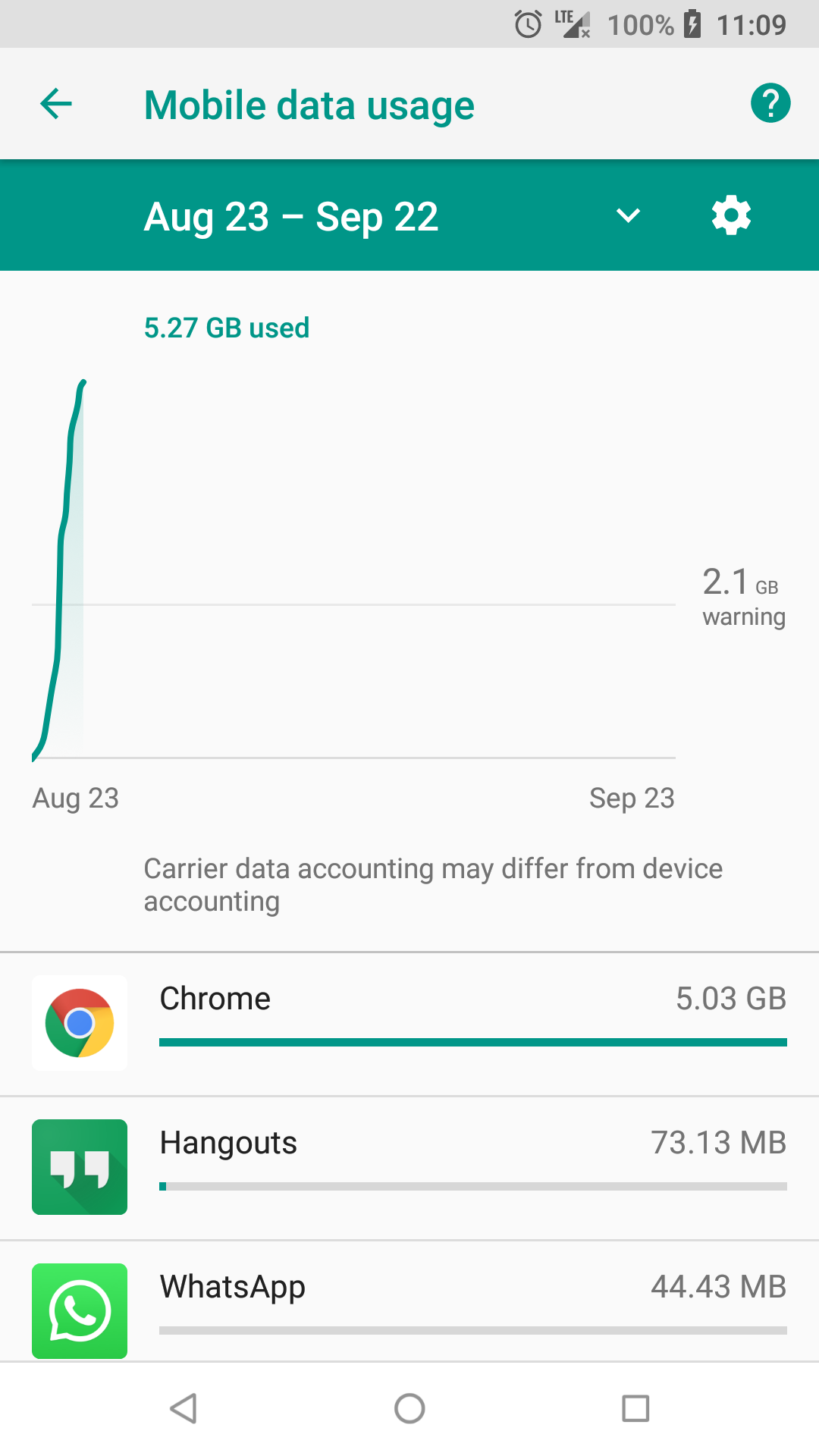 WTF?
I didn't do anything special with Chrome in the last 2 days, my occasional browsing on Facebook (without videos) has no way of reaching that amount.
Is there a way to verify within Chrome which website did this? Or is it a Chrome error?