A friend has presented me with a game of FridgeIQ and she has planted an idea in my head.

The shapes of the tiles are based on a square grid with the occasional diagonal in one of the grid fields. The total area of ​​all the tiles is 40 grid units. Each card is identified by a single unique letter.

In the box comes a set of challenges, each with a subset of the tiles and a way to create. For example, one challenge is: "build a square using the BDQSYJN tiles". What I did in that photo and I have some leftover chips that were not part of that particular challenge.

In addition to the standard challenges, my friend has presented me with an additional set of destination forms that are finally the point of this question. I have attached another image that shows one of them in solved state.

All these additional challenges use the complete set of tiles, so their total area is 40 units, and all have four mirror symmetries. Not all are as simple as the image, some have a hole or holes, but all are connected.

I will call these shapes "snowflakes" because they somehow resemble decorative snowflakes cut from folded paper to generate the symmetries. Especially those that have holes.

I have been asking myself: How many of these forms with these restrictions can be done with the given chips?

The snowflakes per se are infinitely men. But I think that the set of those connected with finite area made only of triangles of half a unit must be finite. Probably huge, but finite. The solvibles are a subset of those.

What would be a good algorithm to generate them? I do not expect there to be an efficient way, nor do I believe that the universe has enough time to do them all. But I would love to find at least some new ones. 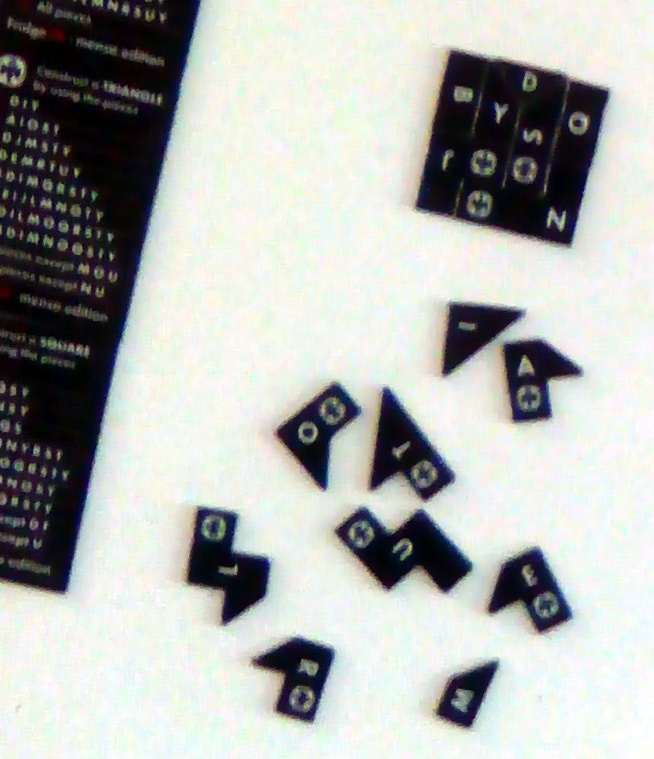 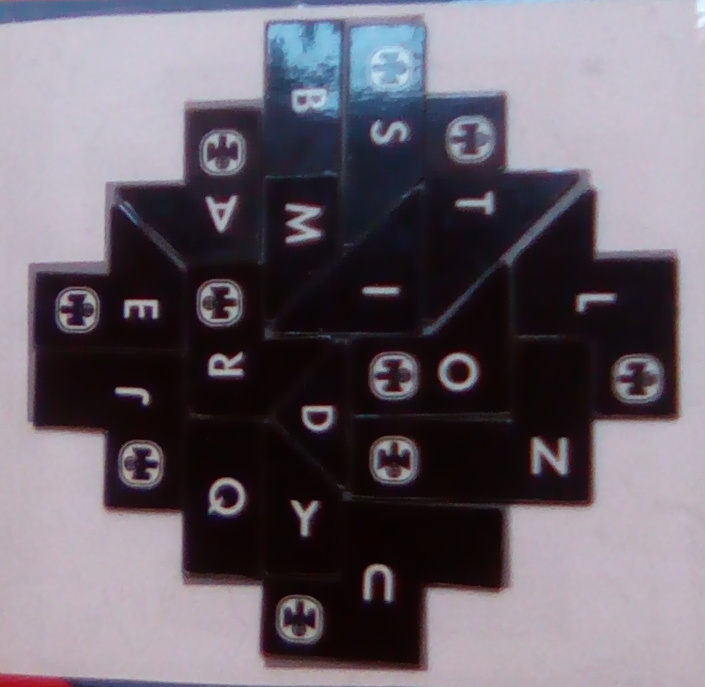 Here are some unfinished thoughts so far:

As a first step, I built a simple recursive back-up solver that reproduced my manual solutions (and found lots of alternatives). So even if it was terribly inefficient, I could generate snowflakes at will and use my solver to verify them.

I have been thinking that it would be enough to generate an eighth part of the form, half a quadrant, with a total area of ​​10 units. The symmetry provides the rest. Keep in mind that the solution does not have the same symmetry when considering individual tiles, only when the full shape is taken into account.

To generate candidate forms I could only place 20 triangles of half a unit in the middle quadrant. Hopefully in some systematic way. However, most of those arrangements will not be compact enough and can not be resolved. And without a good idea to eliminate them, their numbers are quite intractable.

Another approach would be to generate combinations of the tiles and check for symmetry. Again, the algorithm would have to favor symmetrical designs or the combination of explosions means that I can never expect to find a single new design.

Any ideas? There are also keywords for searches and / or pointers to literature.