What is an efficient strategy to get a particular plane in focus by adjusting:

I’ll use this nice image from Max Bender on Unsplash as an example: 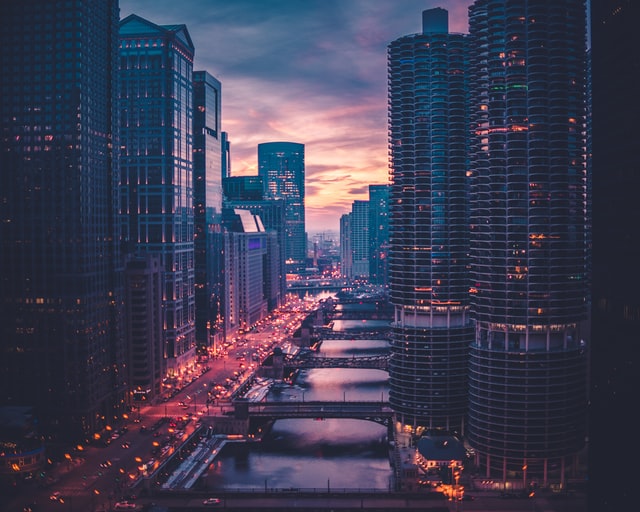 The illuminated street going from bottom left to the center of the image is a strong element of the composition. It acts as a leading line towards the sunset and is of high contrast to the rest of the (dark and blue-ish) image. With the narrow depth of field however, not much of it is in focus.

If you zoom in, you can see that the plane of focus is approximately somewhere at the third bridge in the image.
Let’s say the goal would be to strengthen this image element even more, by using a tilt lens to get the entire street in focus, like so: 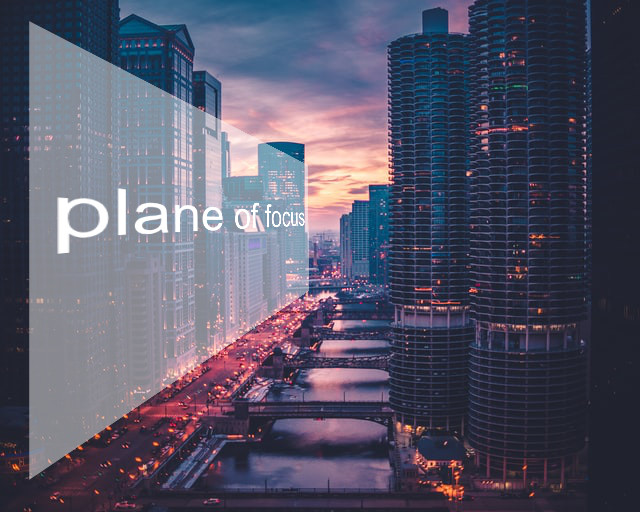 How would one do that exactly?

The best explanation that I could find is in the wikipedia article for the Scheimpflug principle:

For an essentially planar subject, such as a roadway extending for miles from the camera on flat terrain, the tilt can be set to place the axis G in the subject plane, and the focus then adjusted to rotate the PoF so that it coincides with the subject plane. The entire subject can be in focus, even if it is not parallel to the image plane.

If you’re having trouble finding the G thing, here’s an illustration from that article which is a top view for the situation in the example image.
It’s a bit confusing on first sight, but as described in more detail here, PoF1 and PoF2 are two planes of focus achieved by rotating the focus ring of the lens. It nicely shows the focusing-angle vs. focusing-distance aspect of a tilted lens.

As both PoF1 and PoF2 go through G, the quoted focusing strategy would look something like this: 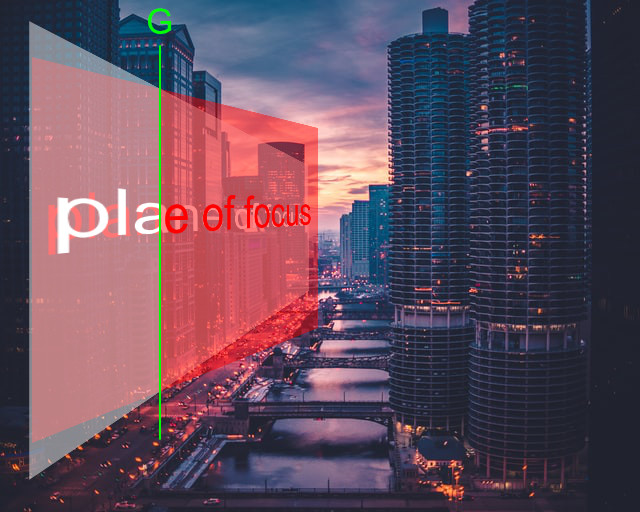 What if G is not in in the image or cannot be placed into the image by tilting?

I hunted down a location with a similar view in Chicago as far as google street view would allow (no rooftop access). The street in question is W Lower Wacker Drive. 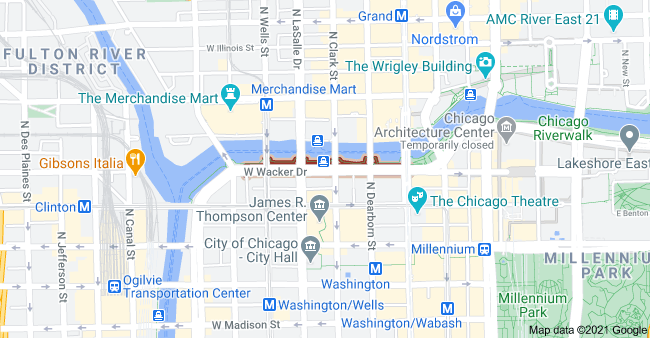 I added the above focusing diagram to the street view map location to illustrate the problem below.
The axis G (green) is not in the visible angle of view of the image (red).
What would be the solution to that?
Would one tilt even more to get G into the frame?
What if the tilt limit of the lens is reached?

What would be a good focusing strategy if G is not in the image? 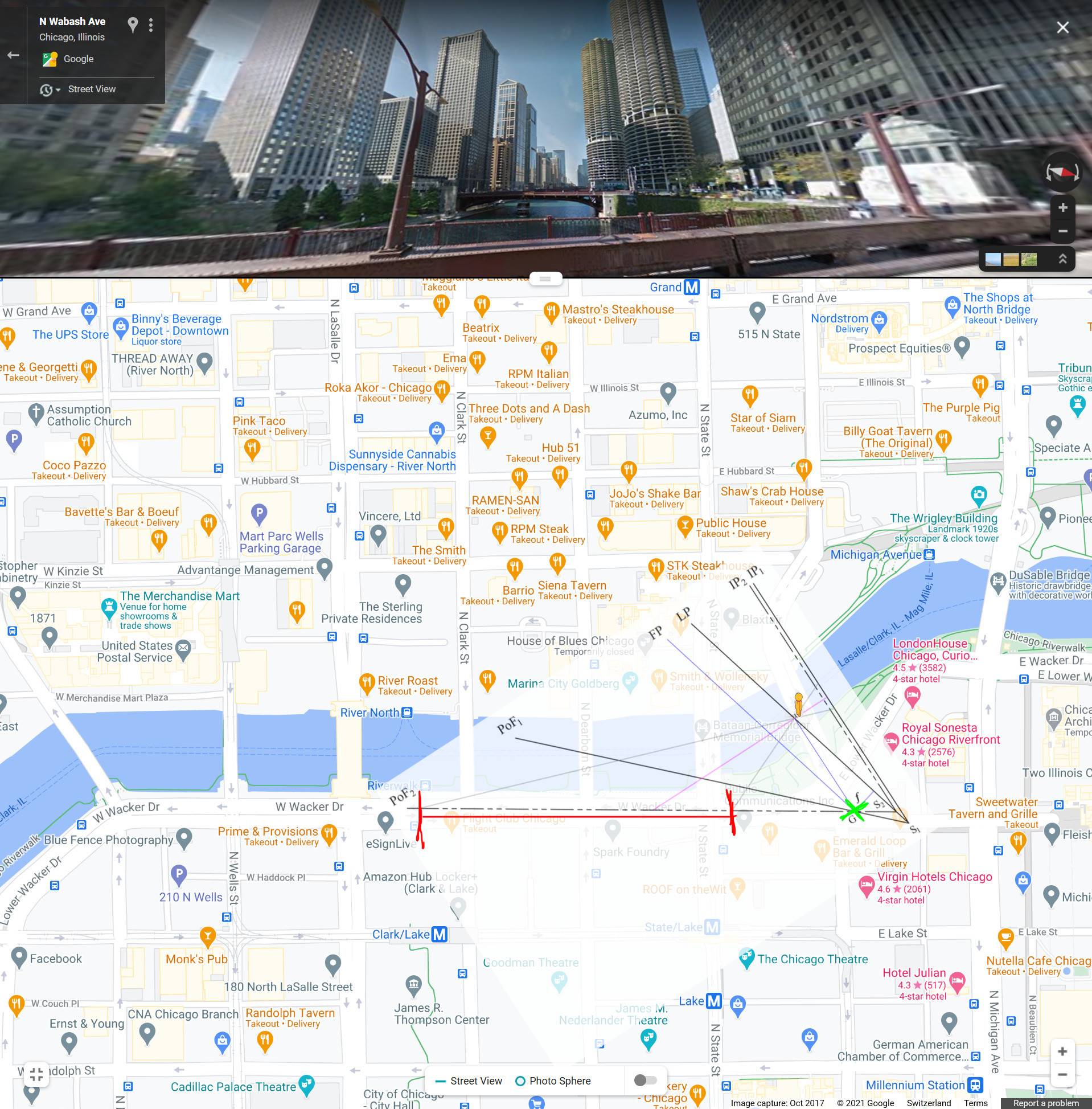