MacBook 7.1 (white unibody) from 2010, where I have upgraded to a new SSD some years ago. During startup the MacBook turns off when the loading bar is at about 80%. Booting in verbose mode I can see the error message for about 3sec before the computer switches off (haven’t found out how to stop it from shutting down to have a more detailed look at the output). I took a picture of the error: 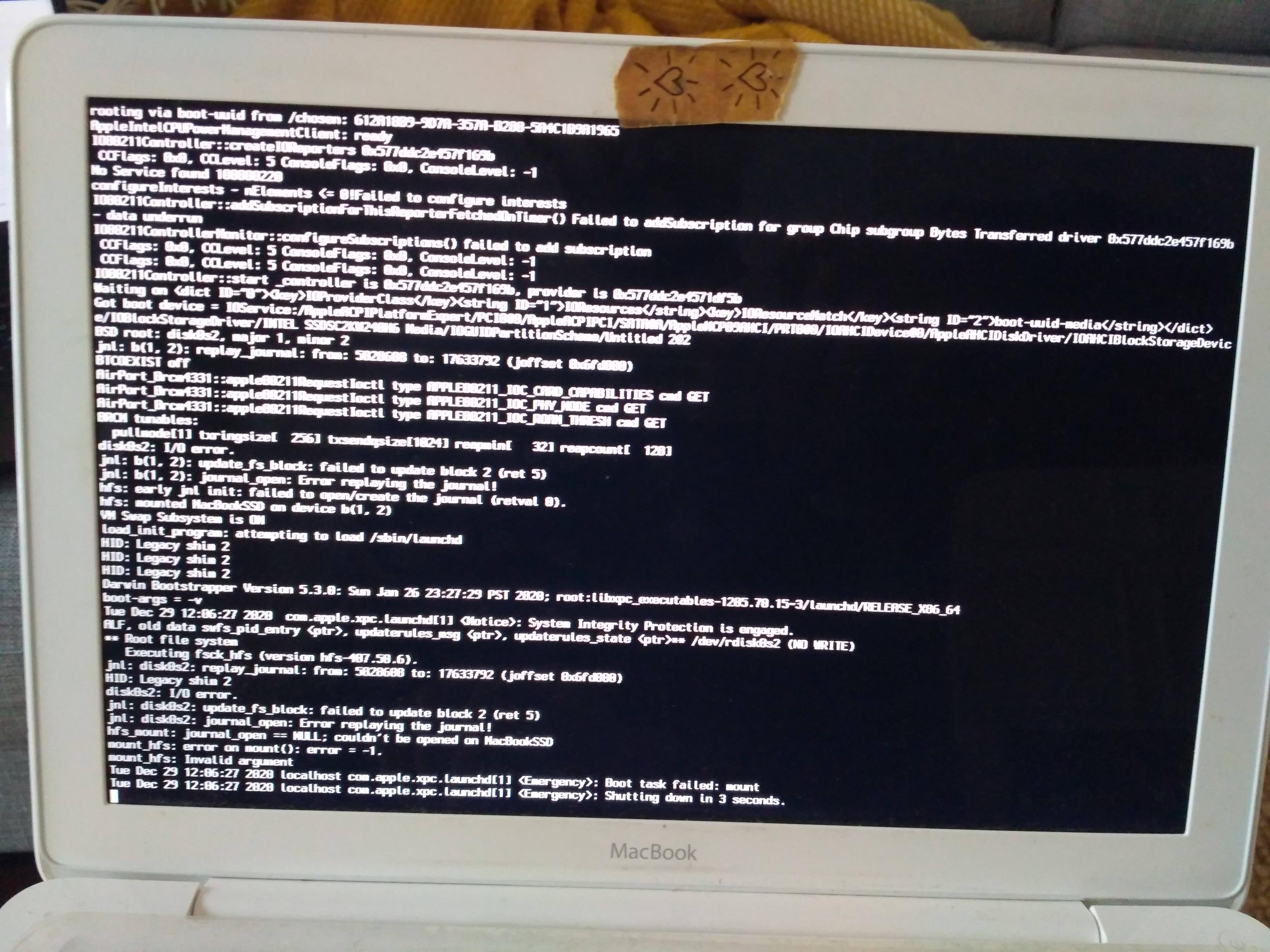 This is a transcript of the image (some more details appear during shutdown for split of a second, but I haven’t been able to capture it.

When booting in recovery mode (cmd + r) and starting disk utility, I can’t activate the “MacBookSSD” device by clicking “activate” (just nothing happens). It is shown as “deactivated”.

I have tried to do the “First Aid” and it appeared to be successful: Volume MacBookSSD appears to be ok, Exit-Code 0. However the error remained.

I have further tried the following:

That’s as far as I came with my humble unix/mac knowledge. What could I try next? I did some google research on this specific error, but couldn’t find anything on this specific error. People appear to have similar problems with external hard drives, but not with the main OS volumes. I can’t imagine the SSD being broken since it is comparably new, but who knows…

Edit: next step would probably be to reinstall OSX, but I’d like to rescue some data before…