The NASA Image of the day on August 6, 2020, is this picture titled “A Starry Sky Above the Earth’s Atmospheric Glow”: 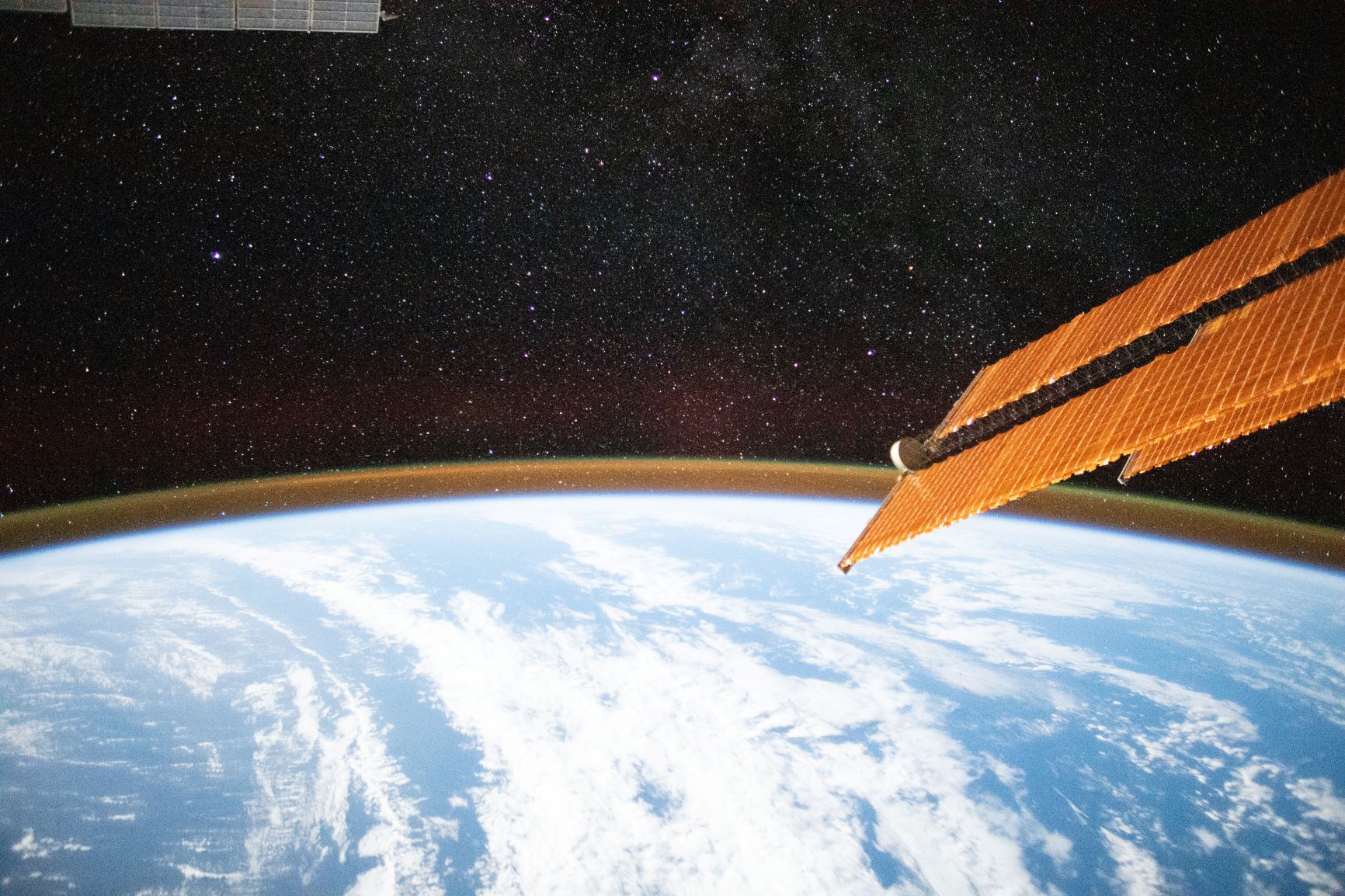 When looking at this photo, I wondered why the earth was not overexposed (it is slightly, but still very visible; i.e. it is not fully blown out). My first idea was that multiple exposures have been stacked (like in HDR), but after downloading the photo, I realized that it was a single photo with the following settings:

As far as I knew, the brightness difference between the earth and the stars is too large to show both of them in the same exposure. The description states that the photo was taken

There is no time in the EXIF data (only the time when I downloaded the photo), but it seems to me that the earth is evenly lit, so it should be shot around midday at local time – i.e. when the sun appears to be brightest on earth and, I think, the earth reflects the most light.

For example, if you look at this Photo (“Apollo 8: Earthrise”) where you can see the earth rising over the moon’s surface: 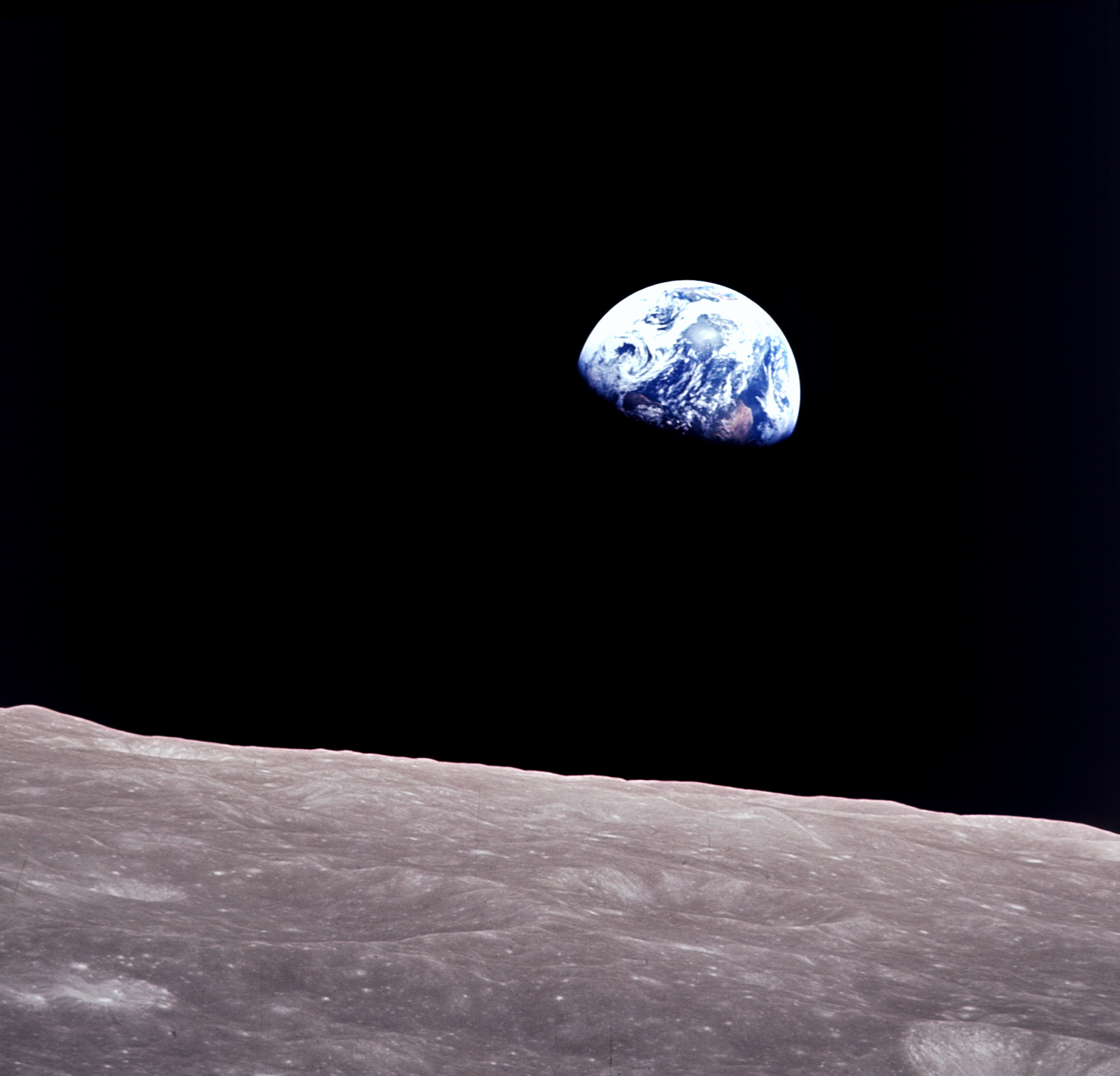 The earth is still bright (but a lot less bright than in the first image), and there is no star visible. The photo was shot on film, so there is no metadata, but through audio recordings, the settings could be reconstructed:

As I do not know the film sensitivity (ISO) of the Earthrise image, I cannot directly compare them, but even if we were to assume that both photos were shot at ISO 12800 (I don’t think this was possible in 1968), this is a difference of 11 Stops.

So how is it possible that the earth is only moderately overexposed in the first image?

Has dynamic range in cameras increased so much since then? The Nikon D5 has, according to DxOMark, a Dynamic Range of about 9 EV (stops) at ISO 12800. As far as I know, Hasselblad cameras have always been very high quality and probably also had a high DR.

I am looking forward to your answers! Note: I do in no way believe that space images are “fake”, that the earth is flat or other such things. I only want to understand how this image was taken without blowing out the earth, as there is no description on how it was shot at the NASA page.