I’m trying to set a user as the Owner of various distribution groups, but not as a member. When I add them as an Owner, they are automatically added as a member. When I try to remove them as a member, I get an error message which is preventing me from doing this. “Only Members who are not owners can be removed from group.” 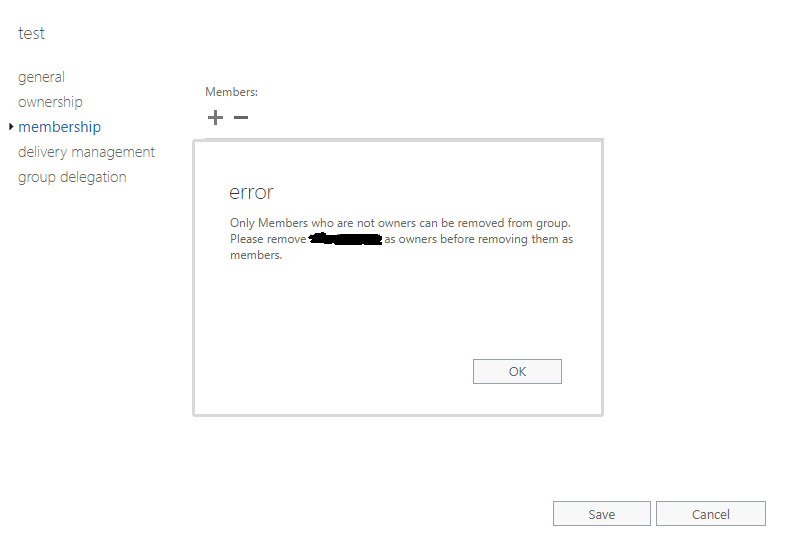